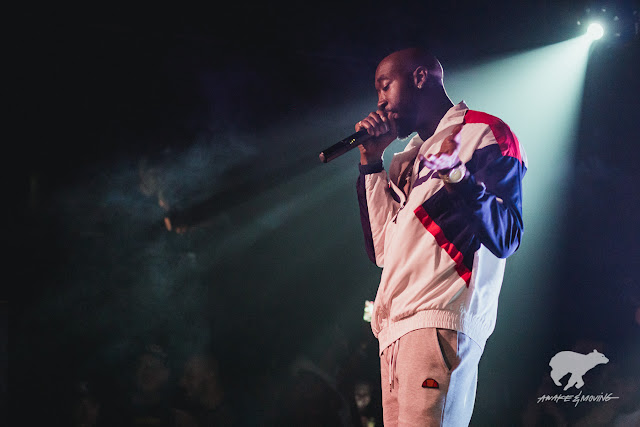 It's been four years since my first Freddie Gibbs show, almost to the day. He was relatively new to me then, but I was a growing fan the more I would listen to his records. His delivery on wax was sharp and attitude abrasive, with a toughness that physically cut through the soundwaves. I had yet to move to Austin when I had the opportunity to photograph that show and jumped at the chance to make the drive to photograph someone new. Freddie's onstage performance further convinced me that he was sure to be one of the next great ones and had me smiling ear to ear as I watched the audience eat of out his hands with every verse.

Four years later (that included another photo op during the Freddie Tour) came full circle for me with this opportunity to photograph Freddie once again at the same venue, Empire Control Room--which is still one of my favorite places to shoot in Austin because they have some of the dopest lighting in town. What I further enjoy about the Red River area this venue is in is the ability to step out between sets for fresher air and some street lurking, camera in-hand.

Fresh off the release of "Bandana" with a much bigger chain, Freddie was full of vibrancy and joy on stage as he delivered new joints along with some classics (word to Harold's). During the first show I photographed, he showed his potential. The night of the Freddie Tour he displayed his street prowess in full spectrum. In this latest show. Freddie exhibited a playful and professional side as smoke proceeded to fill the air almost immediately when he got on stage. It makes me so happy to watch a well-deserving artist rise up the way he has and after hearing this record you know he is barely painting the base coat of a much larger picture. His presence on stage and in the studio today are just as raw as before, only sharpened and honed with the excellency of any sword-wielding wordsmith. Photographing Freddie Gibbs' performances have become extremely gratifying for me and bring me excessive of joy and high energy at every show. Needless to say I am already looking forward to the next time I get to watch him perform. 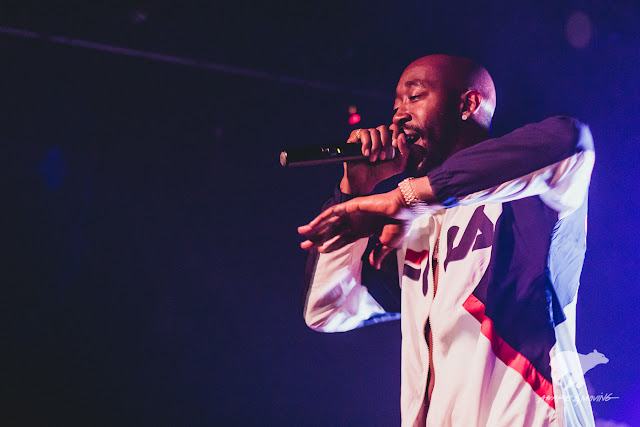 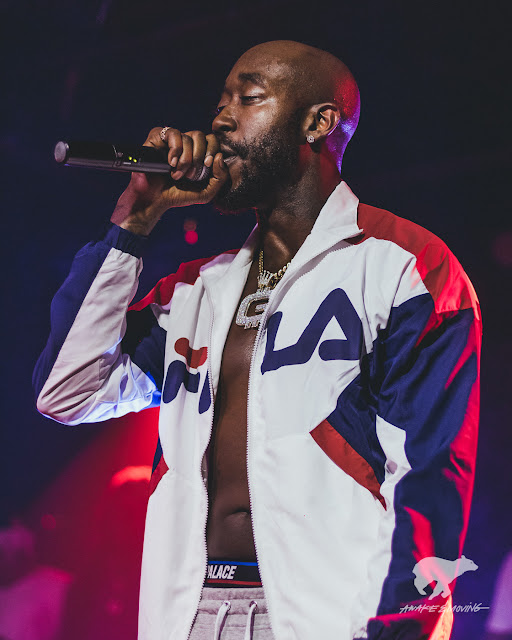 Such an elevated presence since that 2015 show. 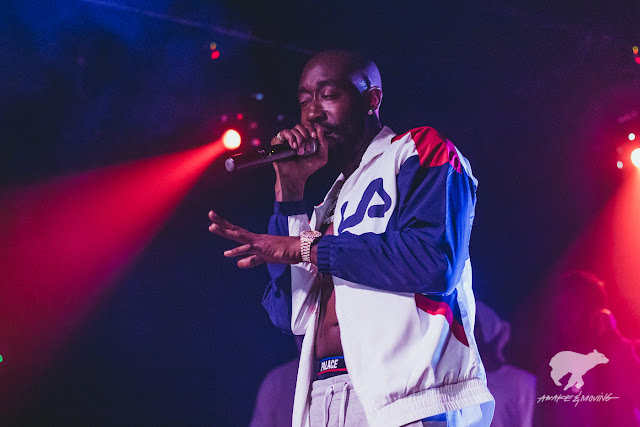 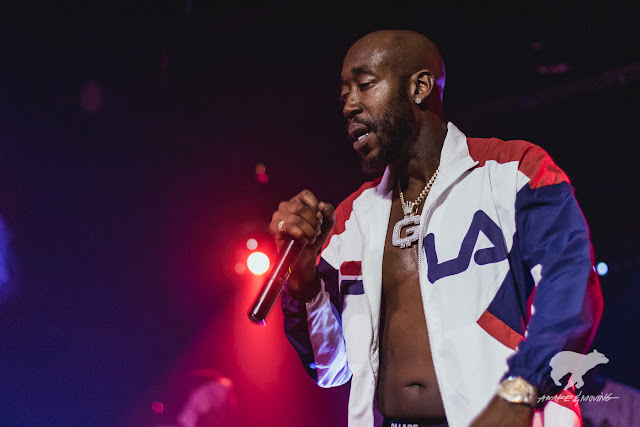 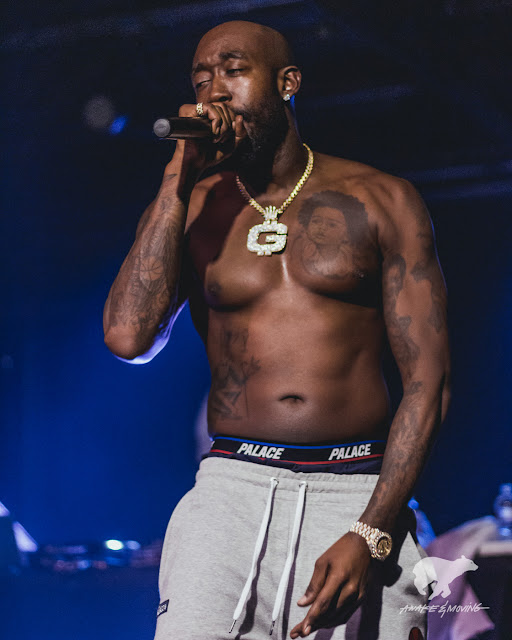 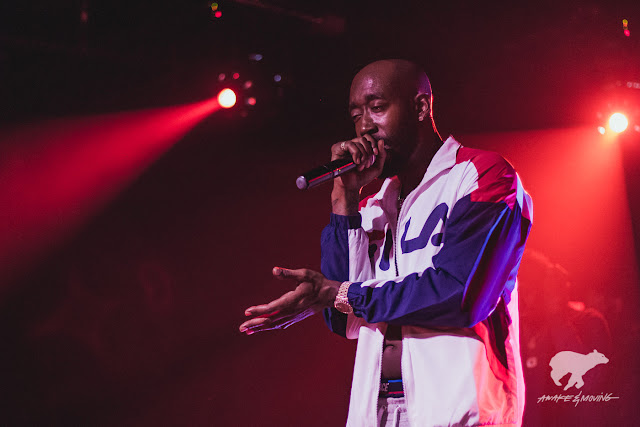