Mipso Seranades You with Their Harmonious Bluegrass Sound. 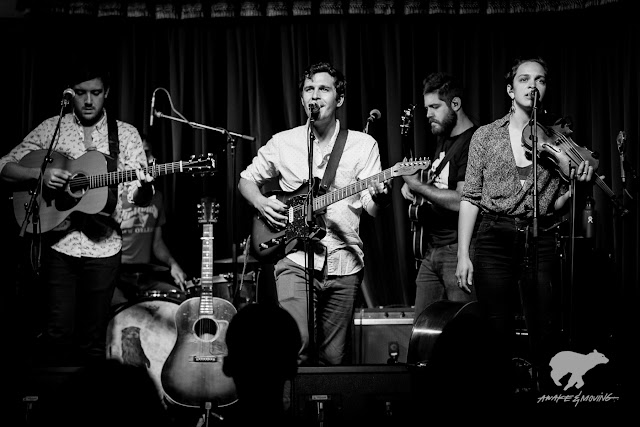 For several months I have been having this strange craving to reconnect with nature. I have tried to mitigate this with trail runs, short visits to local state parks, and, more recently, with music. Of course, the quick fix is to make a trip somewhere, however leaving Texas is it's own daunting task. Especially when driving. (If you have ever driven through Texas, you know what I mean and how large this state is.) Since I haven't been able to travel as much as I would like, through music I am hoping to calm the itch until I can get back on the road or in the air. 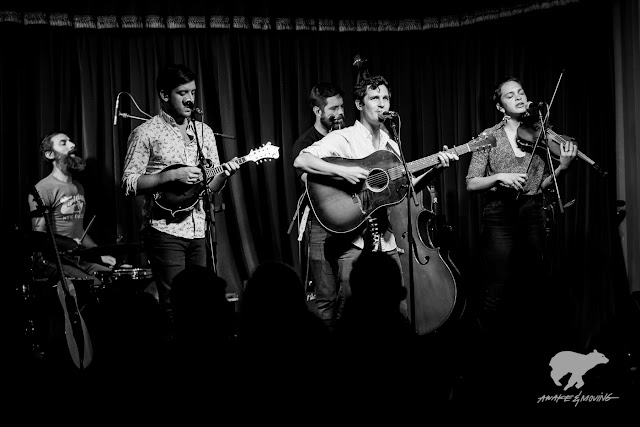 With thoughts of mountains and forests, I found myself scrolling playlists in my mornings, drinking my cold brew, searching for something to settle me into the imaginative space. After digging deep into stuff like Tycho, I knew I needed something more. Somehow, I found myself peeking through the Folk and Americana playlists on Spotify which for me, is hella weird. After experimenting with music waaay outside of my realm and norm, sifting through different Folk playlists, I realized I was on the right track. The sounds of acoustic guitars and mandolins instantly put me into the whimsical mountainous space I needed. I tuned in to the Indie Bluegrass playlist and one song in particular caught me ear and, dare I say, my soul as well. 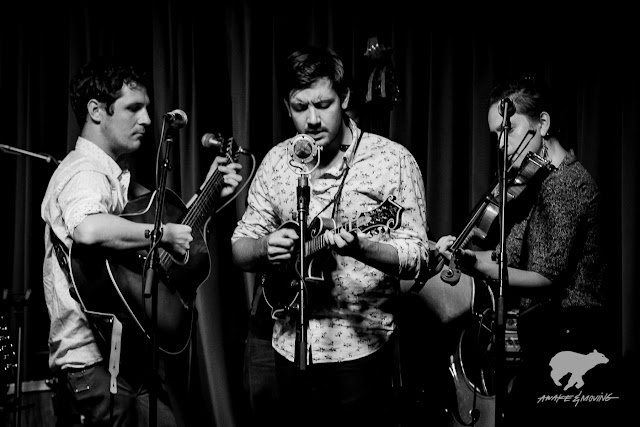 Jacob Sharp leads vocals with back up from Joseph Terrell and Libby Rodenbough.

Enter "Louise" by Mipso. The North Carolina-based 4-piece band has a magical bluegrass sound that immediately captured something within me. I found myself in a trance while I listened to this song, quickly searching for more when it was over. Bluegrass is so far of a stretch from my usual hip hop or heavy metal mindset yet, like the Siren's call, I could not resist and found my home filled with this Appalachian sound almost every morning. After about two weeks of aimless listening, I stumbled upon a tour date here in Austin and reached out to the band to make some photos of their show. Mipso's mandolin player Jacob was gracious enough to grant me a pass, literally a few hours before the show was set to start. How dope is that? 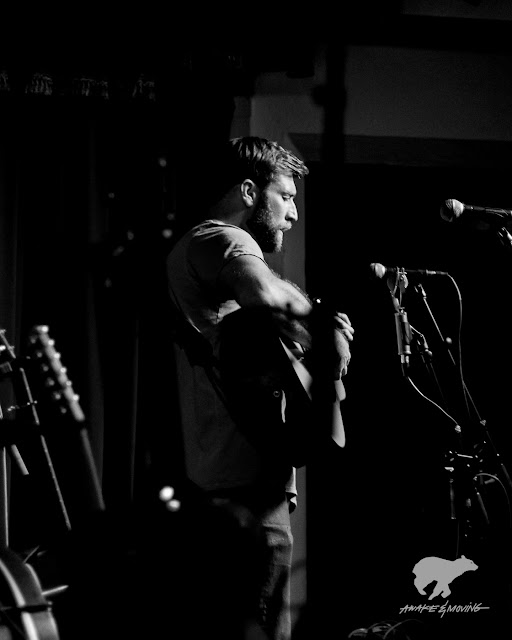 Austin's own Tony Kamel performed a solo set that was captivating and powerful.

I arrived to a packed room at the intimate space of the Cactus Cafe & Bar halfway through Austin's very own Tony Kamel (Wood & Wire) blessing the crowd with his amazing voice. If there's one thing I have come to really appreciate about live shows it is the supporting acts on these tours. Through supporting acts of some of my favorite bands I have discovered gems like Bishop Briggs and Dem Atlas. Tony Kamel is now on that list. With a powerful voice and the finger-pickings of a madman, Kamel's solo set was super impressive, alternating from guitar to banjo with ease, leaving a strong imprint in me ears. 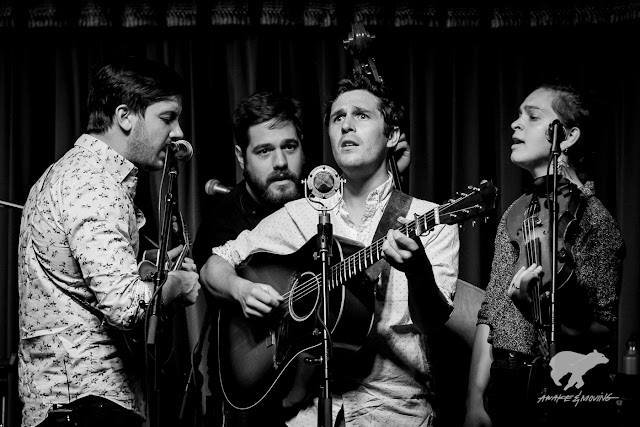 Mipso took the stage shortly after with a fifth member on drums, settling into their instruments and into an quietly anxious crowd. As Mipso began to play, the Bluegrass sounds of North Carolina filled the room and ultimately my soul. It has been a really long time since a live performance has touched me in such a way, especially from musicians I am hardly familiar with. But the beauty of Mipso is their harmony in vocals. Each member brings a vocal element to their music and I loved watching them trade verses and harmonies with hardly a lead taken. Rather than one person standing out, instead I witnessed a mesh of melody and rhythm among five people working together to achieve an ultimate and grand sound. 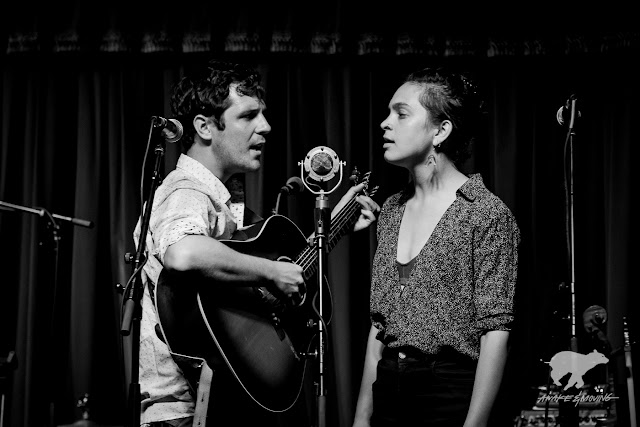 Joseph and Libby perform an incredibly moving duet on a superb microphone. 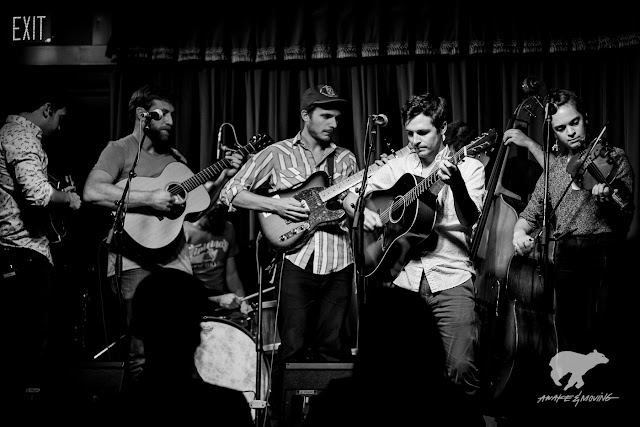 I left the show inspired and my heart with a bit of a rest. While my internal urges for the mountains and woods are hardly quelled, I am definitely filled with the spirit of nature through Mipso's performance. Whether it is their intention or not, their sound puts my mind in a really great and natural space, free of the busy metropolitan land I live in. Mipso's melodies transpose me into a land with cooler temperatures and crisper air where I am cruising along the cliche winding road, surrounded by coniferous trees. For this I am thankful. Take a listen for yourself and let me know how you feel about their sound and the emotions it evokes within you. 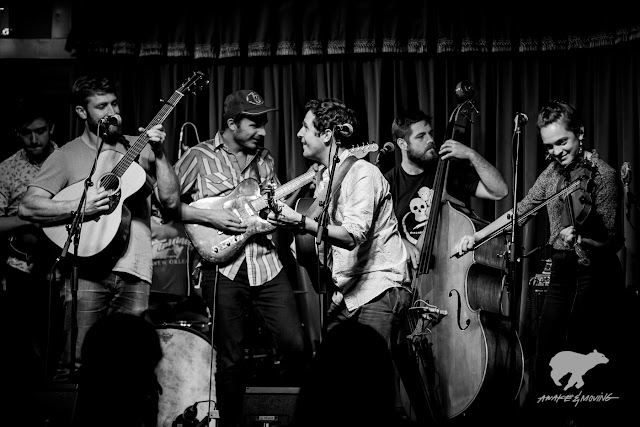 You can find Mipso's new album Coming Down The Mountain from the band directly or on Spotify, iTunes, and other major platforms. Support these amazing musicians!