SOS Fest Summons A Dragon To Light The Forest. 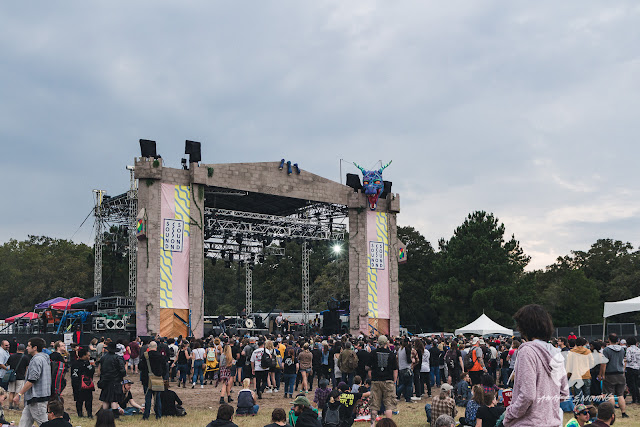 Better late than never. Sometimes, you gotta sit on photos for a minute and see them with fresh eyes. Back in November, I got the chance to hit up the newest music fest in Austin, SOS Fest, for OnStage Magazine. I did a write-up for these cats that can be read here with photos by Zina Zina, who's contributed to this site as well. SOS Fest was created by Graham Williams, founder of Fun Fun Fun Fest. It was sad to hear Fun Fun was done being that I never made it out to one, but SOS was a huge silver lining when this fest was first announced. Phantogram, Big Boi, Run The Jewels...the lineup was ridiculous and three days in the woods? Count me in. 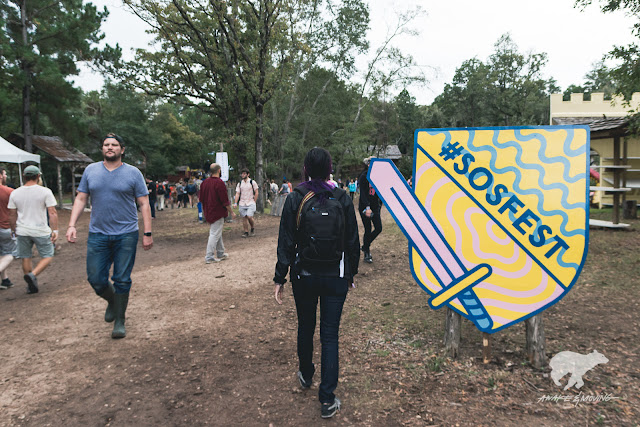 Fortunately, I was also given the opportunity to bring my camera and shoot from the grounds, just no pit access. That, of course, didn't stop me from getting up close on the smaller stages and shoot from the crowds. It's such a pain in the ass to shoot this way, but to be honest, I did it for so many years when I was younger that I still find myself smiling at the images I capture from here. I've come to find that people are pretty gracious to let you slide in front of them for a minute to get a few snaps. SOS Fest was a damn good time. This lineup was easily one of the most diverse I've come across. From legends like Dead Milkmen and Big Boi (Outkast), to new cats like Pouya, there was bound to be someone you wanted to see. We got rained out on Sunday and missed the closing party when the fest reopened, but the images I got on Saturday more than made it all worthwhile.

I want to keep these words short from here and just share the images taken from the magical forest that held SOS Fest. Support this festival because a) it's dope af and b) you'll have an amazing time making great memories while seeing incredible musicians. Follow these folks on Twitter (@SOSFestTX) too, they're feed is a fun one for sure. I love the branding and identity they have created for themselves. It's a nice break from the generic stuff you see elsewhere.

I look forward to SOS next year, let's hope we can shoot it for Awake & Moving next time and bring you even more coverage! 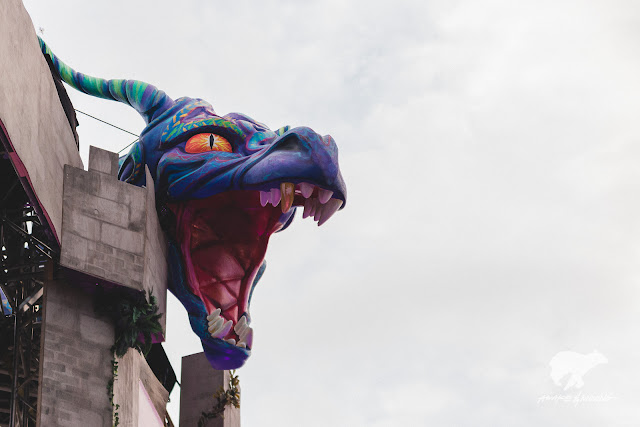 The SOS dragon in all it's splendor. 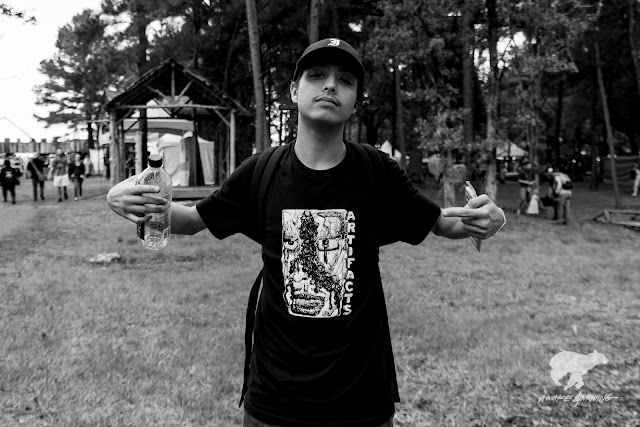 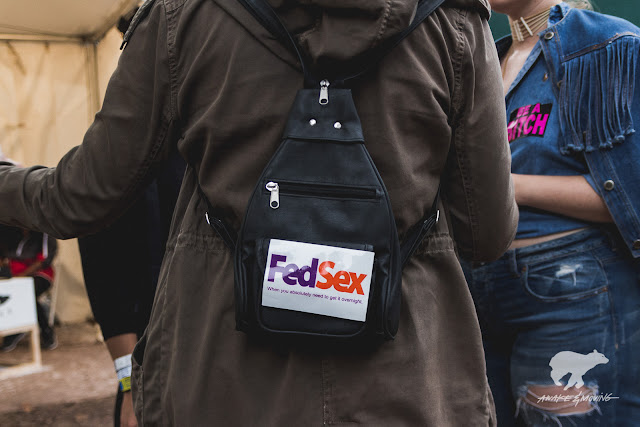 I need this on a shirt AND a hoodie. 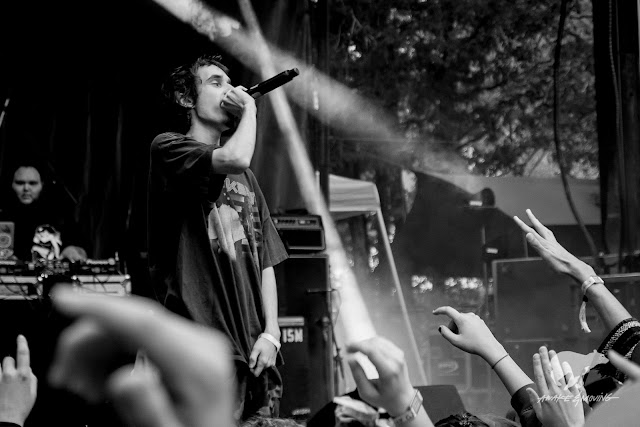 Pouya commands the crowd with ease.

This show was my first introduction to Pouya's music. His set was live af and I became an instant fan. Dude is young and his potential is so high it's immeasurable. 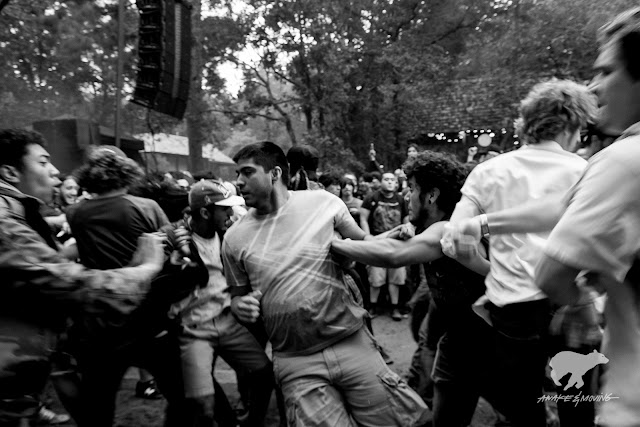 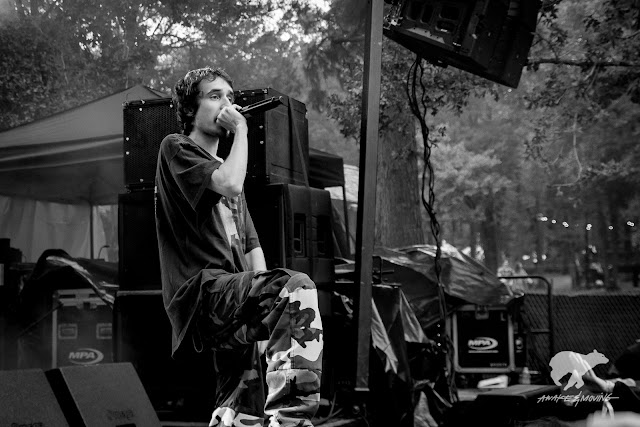 "Take a step away from me, I love my enemies." 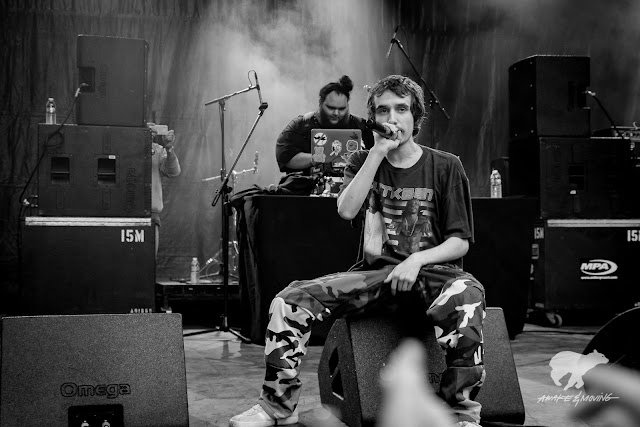 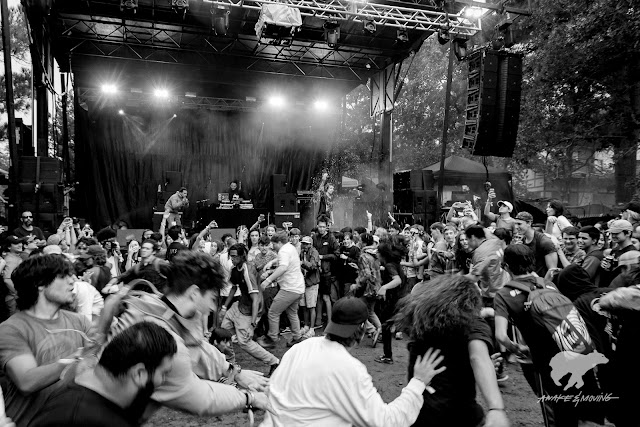 Thank you for this, Pouya. You give me faith for this generation of rap music. 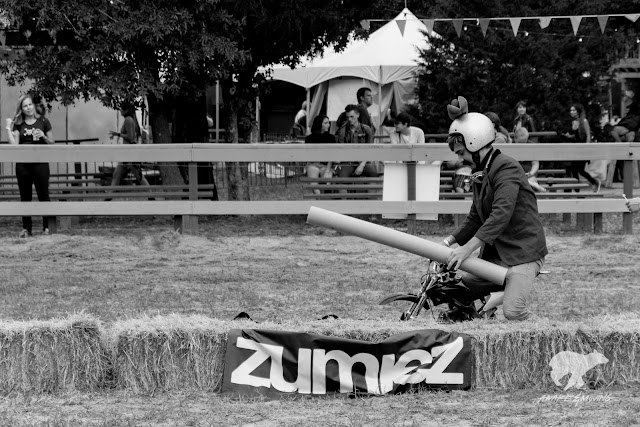 The Zumiez joust was silly as hell. 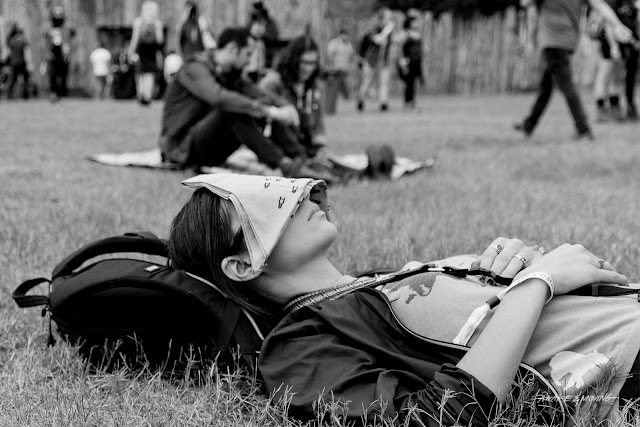 Recharging for the night's festivities.

My absolute favorite part of the event outside of the acts was the dragon on stage. It blew smoke the entire day and lit up at night, continuing to tower over music-goers. Props to the entire SOS crew for making this thing real. Holy crap. 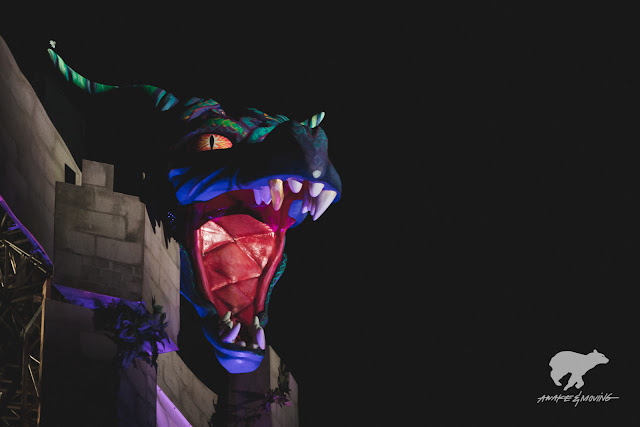 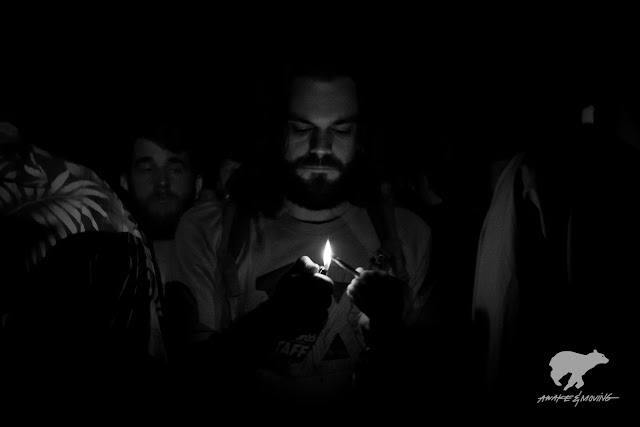 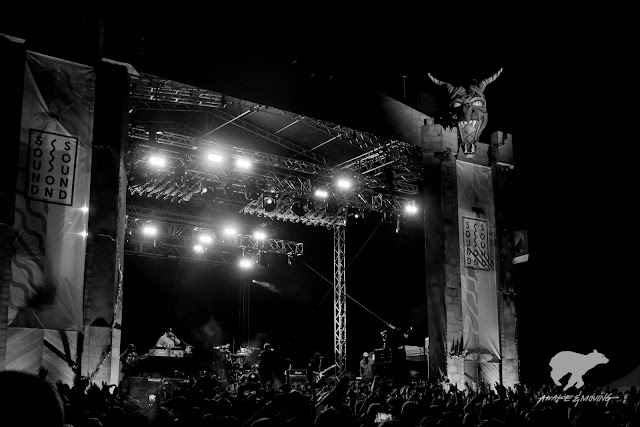 Big Boi played some Outkast joints and I couldn't have been happier about it. Well, maybe short of 3 Stacks joining him! 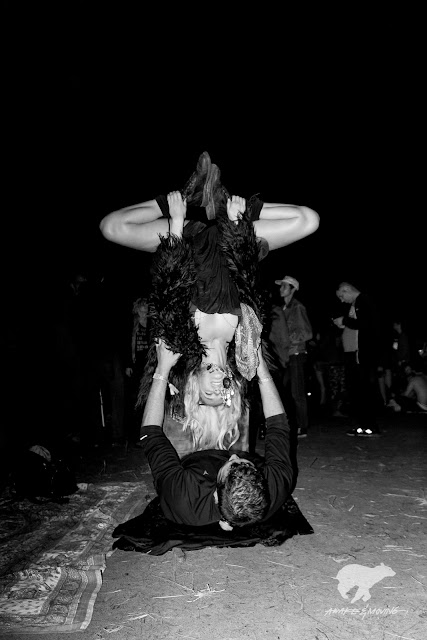 McDade isn't too far from Austin... 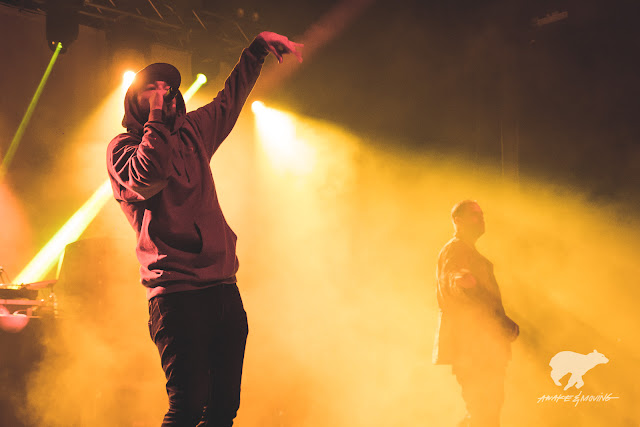 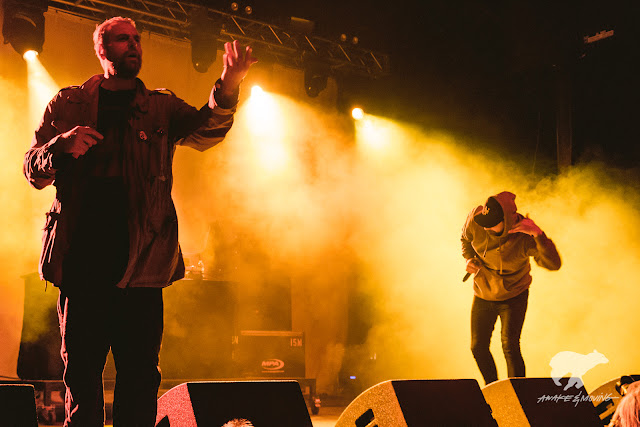 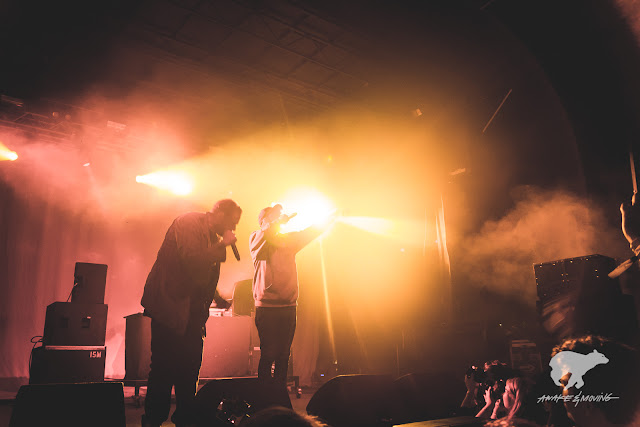 Rhymesayers in the building.

I miss you already, SOS. Until next time, thanks again SOS Fest!