The newest collection is out and the response has been great. People seem to love the new designs and the streetwear cats are appreciating the smaller details of the collection, which is dope. I am always happy to see people take well to what I am producing, especially when it took this much out of me. Most of you have seen the lookbook already and if you haven't, it can be downloaded here or seen on my Instagram for Awake & Moving. Now, I would like to take you into the design process of the collection. 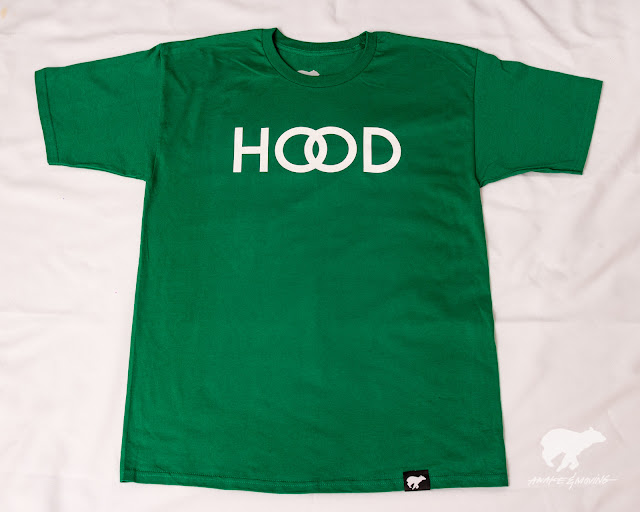 Every season I do my best to include original works in conjunction with a parody. This keeps me balanced in creating and derivative working, a streetwear staple. Hood was made as the base design for the collection itself. "I'm not from the ghetto but was raised in the hood.", a lyric I wrote ages ago that defines where I am from. I had a pretty great childhood, raised by my mother and my brother. We always had each other and my mom always gave us what we needed and often a lot of what we wanted. We weren't, however, raised in the nicest parts of San Antonio, nor the worst (thankfully). I always feel extremely happy for that. So while a lot of rap and hip hop acts I listen to were raised in the ghettos, I knew early on that I was in the hood. Urban environments with slightly improved surroundings from the ghettos, but definitely not the "nice" parts of town. Growing up in the hood, it's pretty easy to figure out. 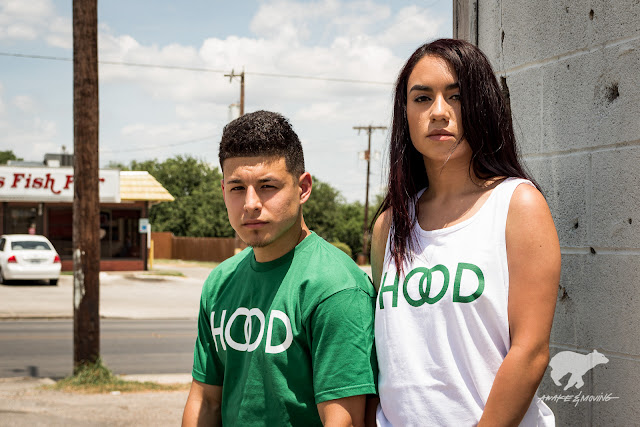 I had this design for awhile, waiting to find the right home for it. Often, I will create designs or stickers or sketches with no definitive purpose. Eventually though, they all find a home and Hood found it's home right here in the Roots collection. 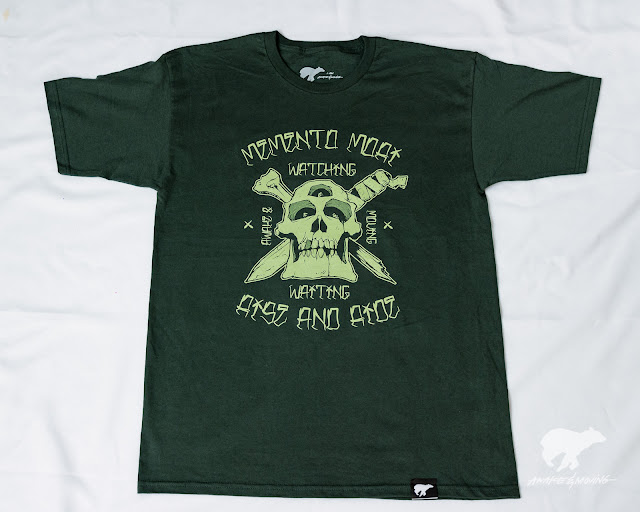 The three-eyed skull surrounded by ideals I live my life by. The main concept of this is the top line "Memento Mori", Latin for roughly "Remember that you will die." This line is partially taken from a really dope song by Antemasque. The song titled "Momento Mori" is what sparked this piece's text. While "Momento Mori" means the moment of death, I felt Memento Mori to be more fitting as I encourage as many as possible (including myself) to live life to the fullest. Live a life you are happy with because it's likely we only get one shot at this. Why not do it living every day in happiness, pursuing things you love?

I took the text further to include "Watching, Waiting", part of the chorus from the song the design took inspiration from. The beauty of music is that it, like art, is often up to the person experiencing the art form to interpret it as they see it. For me, this line is a reminder that our third eye, if opened properly, is watching ahead and creating things to see fruition. Cultivate a strong third eye and watch your life become the amazing experience your higher self wants. The ampersand was created from scratch as the font did not include one. S/O to Berne Smith for all he taught me in my typography class. Master that Pen tool, yung designers! 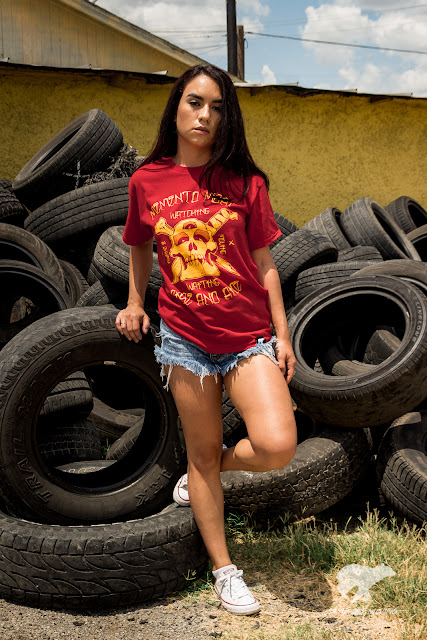 The skull often symbolizes death, further driving the reminder home to myself that one day, I too will pass. I do my best to often live life as dope as possible, be it a risky rooftop photo excursion, a 4AM wake-up call to catch the Perseid meteor shower, a cross-country road trip with my dog and our friends, or simply just indulging in some really great food. Weekday or weekend, I want all my days to hold equal weight and live in adventure every day of the week. 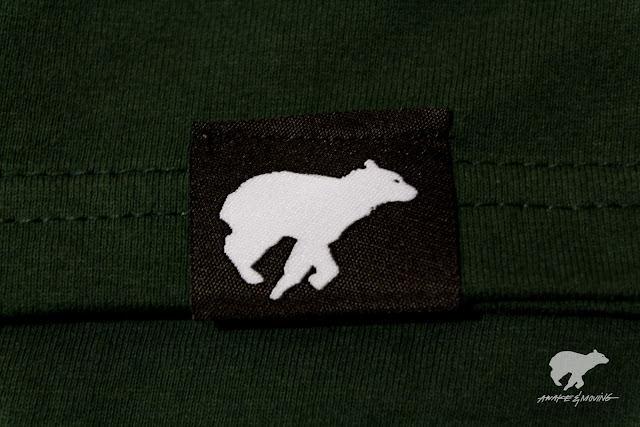 My earliest creations were based in illustration. Comicbooks and cartoons were my favorite things to draw as a kid. Pursuing photography deeper and pursuing this brand stronger have often pulled me from drawing as often as I used to draw. Illustration is my strongest root and I want to be sure to include that in my pieces. The cross bones are made of a broken bone fashioned into a dagger and a long fixed-blade--both nods to my love for blades and their usefulness in creating your own path. 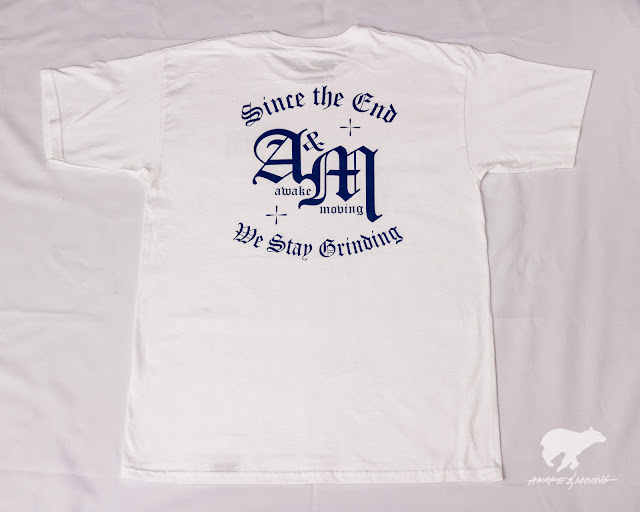 Rather than create another Oso colorway, I decided to create a new, brand-heavy piece from scratch. Old English is synonymous with Latino culture, which I bear heavy roots in. Coming from San Antonio only deepens my love for Old English letters. From lowriders to Mexican tattoos, Old English is prominent in my origins, both in blood and in region. "Stay Grinding" is a motto I have employed for a few years now as another reminder to myself to keep going, to Keep Pushin' Forward. This is also a nod to prison art which I received often as a kid from a family member who did some years. 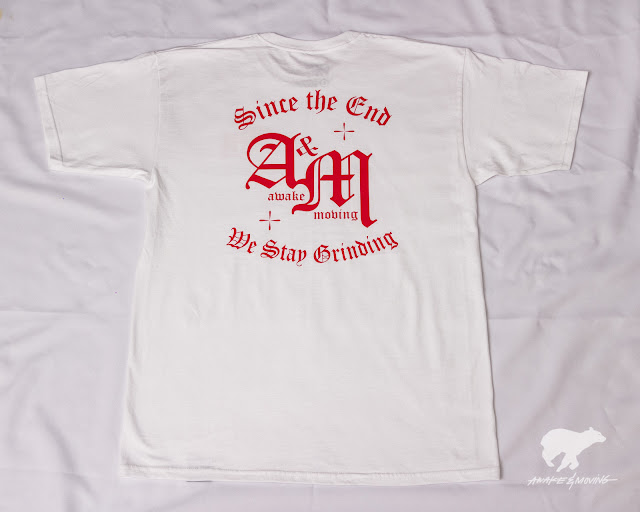 The three colorways are designed to highlight gang culture. I grew up in the 90's where rap music was a strong platform for people to showcase their own upbringings, often coming from gang lifestyle. Bloods & Crips was a rap collective unifying members of both of the most infamous gangs of the West Coast. Their debut record "Bangin' On Wax" was my first exposure to the idea that opposing sides can unite for a greater good. This idea is just as important today as it was then, except now it's National rather than coastal. I knew a few people in gangs and thankfully, I wasn't raised in the thick of it, but close enough to be aware of what was happening in my own city as well as across the country. It's funny how politics mimics these two in the same colors. Coincidence? Either way, just remember: blue, black, or red, we are all in this together. 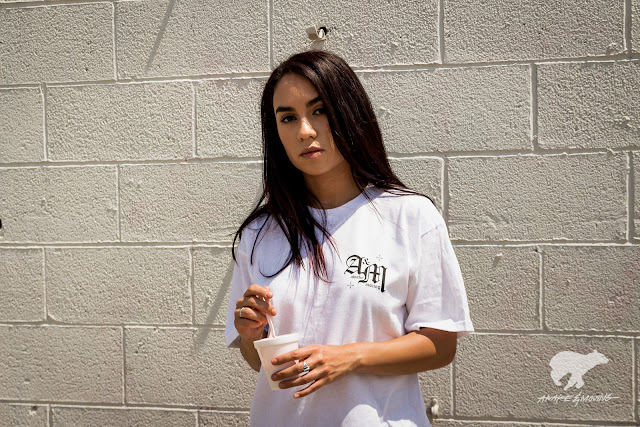 For all of my hardworking creatives, just like my hardworking Mexicanos, this design is a nod to ALL of you. Regardless of your background or upbringing, Keep fucking Grinding and go after what you want in life.