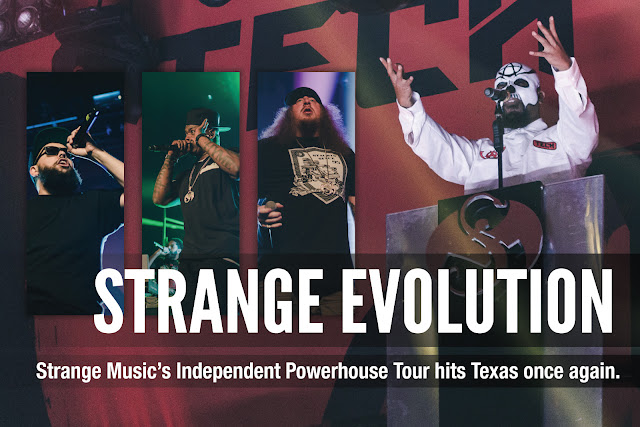 Back in, maybe, 2004 I went to my first Tech N9ne show. I had seen him prior to this with ICP, but this show was going to be extra dope as it was Tech N9ne headlining a pretty much exclusive Strange Music roster show. It was dubbed "The Hostile Takeover" and it included current (and former) label mates in my hometown of San Antonio. Back in this era, rap shows started making a slight surge in SA and I was down for all of it. I had been a Tech N9ne fan for a minute and you could easily catch me on campus at this time skating around with oversized headphones, mouthing "Anghellic" lyrics as I rolled to class. It was a great time. I told a lot of people about Tech but everyone wrote him off as nothing special. I would just shake my head and know that one day, everyone would wake up. 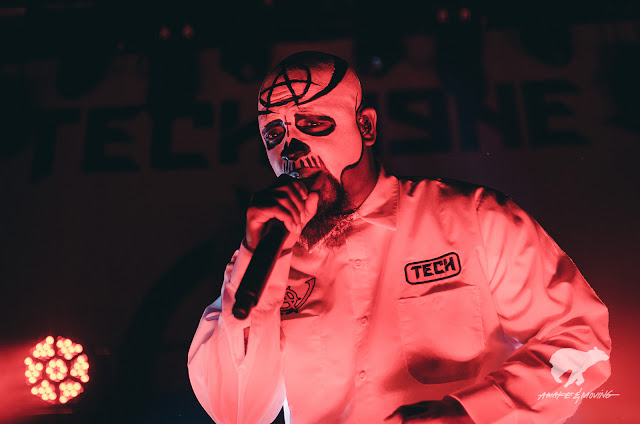 Tech N9ne has become one of the best to ever do it.

Eventually they did. At that early-naughts show, when Tech finally hit the stage, he came out solo and opened up with "Stamina". Wild, red hair floating up as he spit the bullet-riddled track to a crowd of about 200-300 people. It hit hard and the show began with a bang. At the time, this venue had a very small capacity so it was jam-packed to the barrier with a ton of mostly Juggalos rapping along damn near every track. A lot of people hate Juggalos, including at the time Tech N9ne's fan base. But for many years, Tech praised Juggalos for opening up and accepting him as on of their own. His fan base grew immensely from those first shows with Psychopathic and if you were at any of them, you know how great they were.

Fast forward well over ten years later and the Independent Powerhouse Tour is another "Strictly Strange" tour for Tech and his labelmates. The Strange Music roster may change, but the Strange Music tours always deliver solid performances. This year as the tour came through Texas, Tech brought with him ¡Mayday!, Stevie Stone, CES Cru, and Rittz. And what a show they brought. From the upbeat anthems of ¡Mayday!, to the fast-punch trade-offs CES Cru brings, the groups of Strange Music delivered hard-hitting performances. The acts of the gangster af Stevie Stone and Rittz adequately represented the solo rappers signed to the label too. Honestly, all we were missing was Murs. First he doesn't show to do Felt tracks with Atmosphere and now this. What the hell, Murs!? (I love Murs and just really need to see another set from him. Soundset, maybe?) 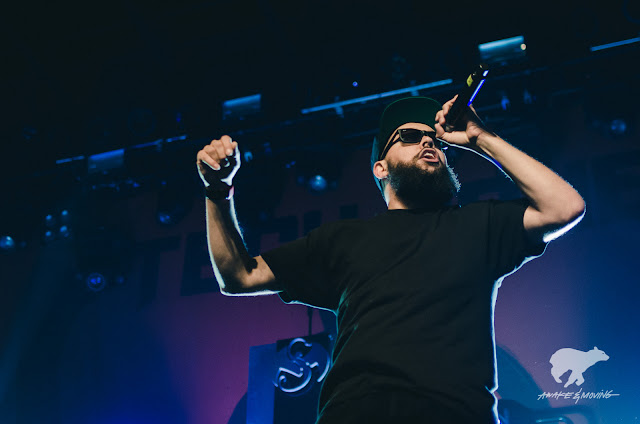 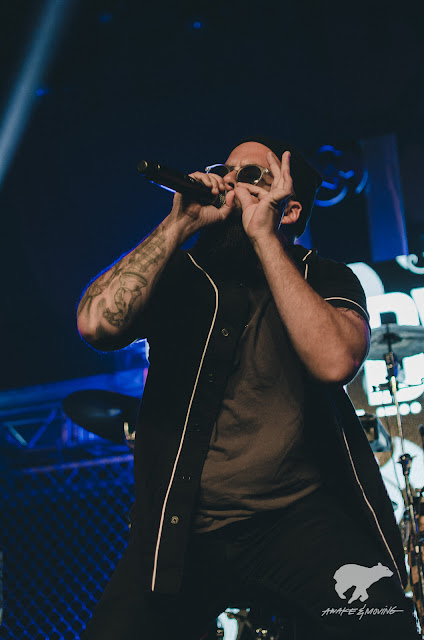 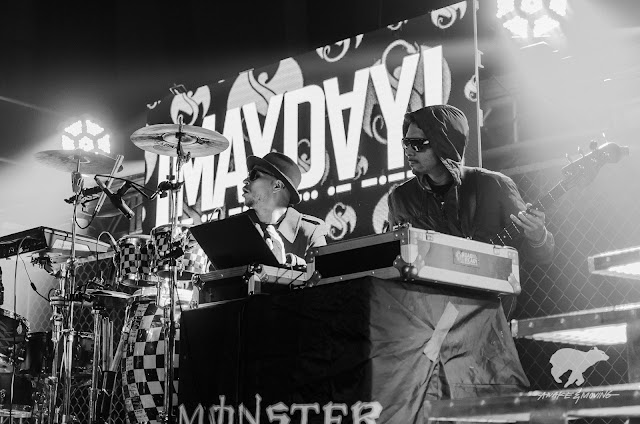 Percussion, strings, and turntables. ¡Mayday! is as dope as it gets.

The lineup for these Strange Music tours is always dope and makes the show a huge variety of rap & hip hop. I urge you to catch this show in your city while you can. Stevie Stone really impressed me this time around with great energy and that gangster, guttural tone he's known for. Straight up making me want to rob a Dollar General while I was shooting. 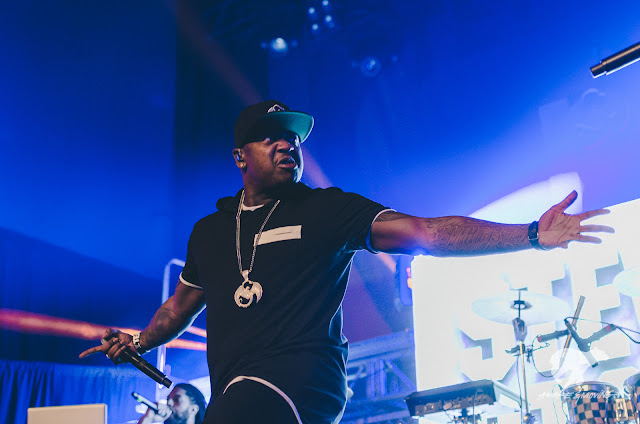 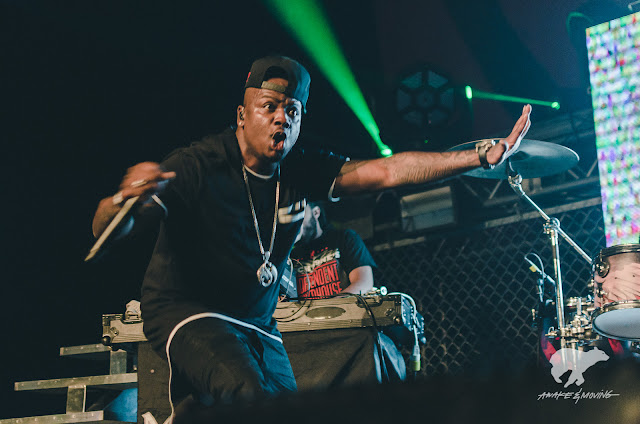 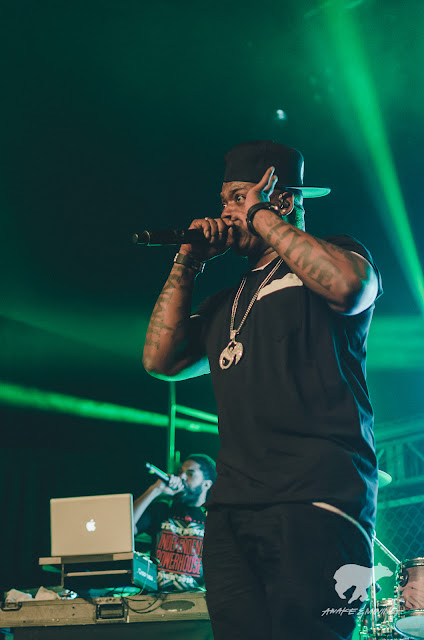 I've seen and photographed CES Cru a few times now and it's always a great show. Their fan base increases with every show and their performance gets tighter as well. I love this duo and the energy they bring to every set, trading verses seamlessly. From a solo standpoint, they're just as dope (hit that link to cop their solo mixtapes for free). 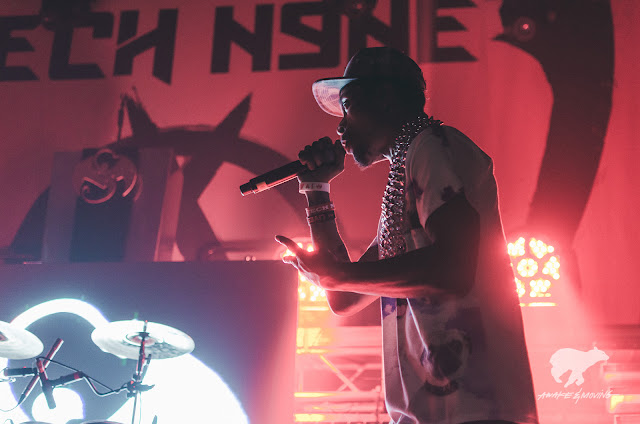 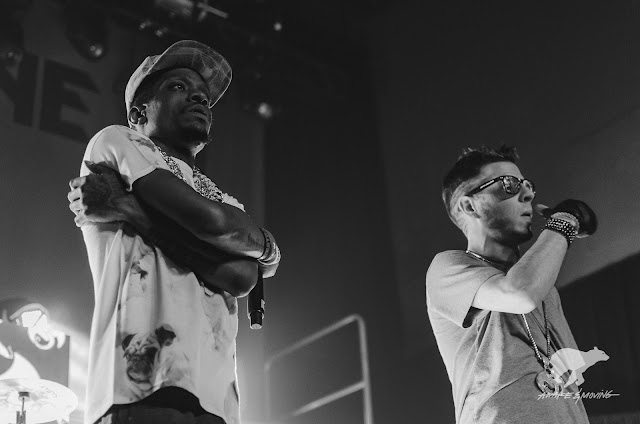 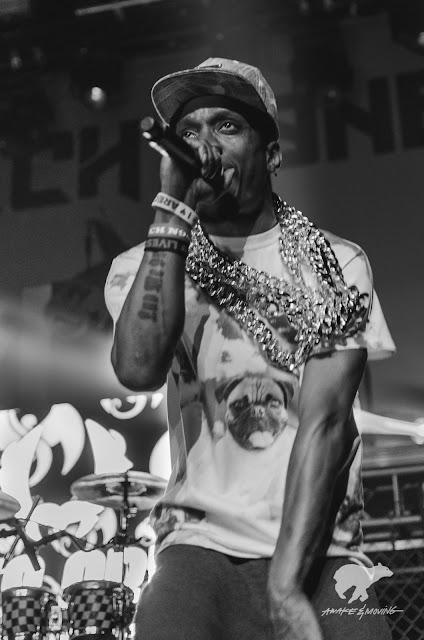 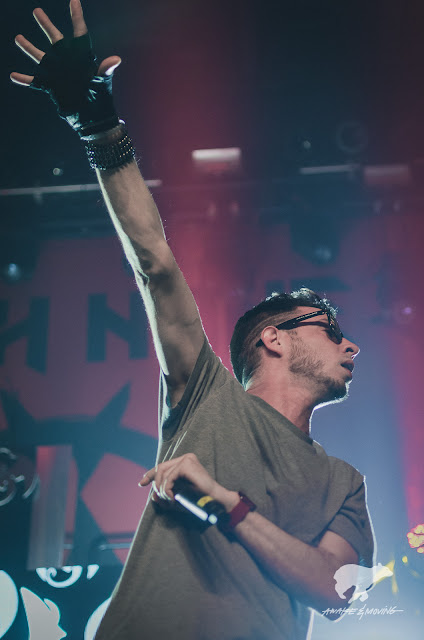 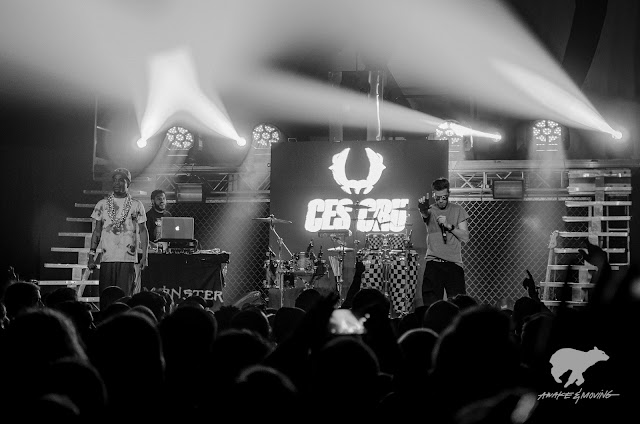 I'm new to Rittz, straight up. The audience, however, wasn't. Chanting and rapping along with almost as much speed as Rittz. Solid raps. 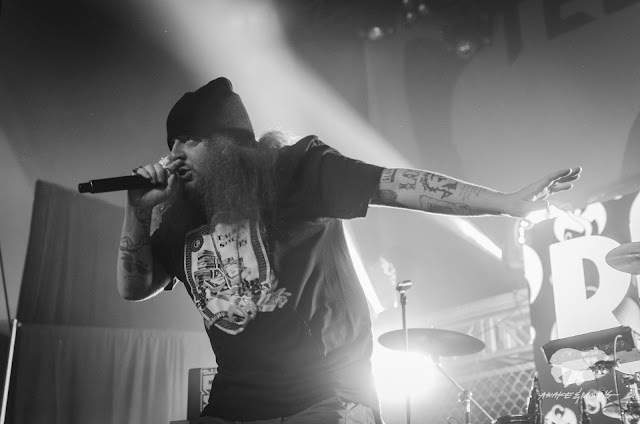 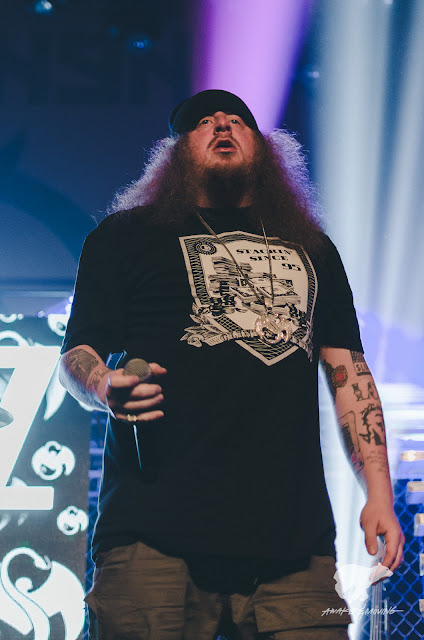 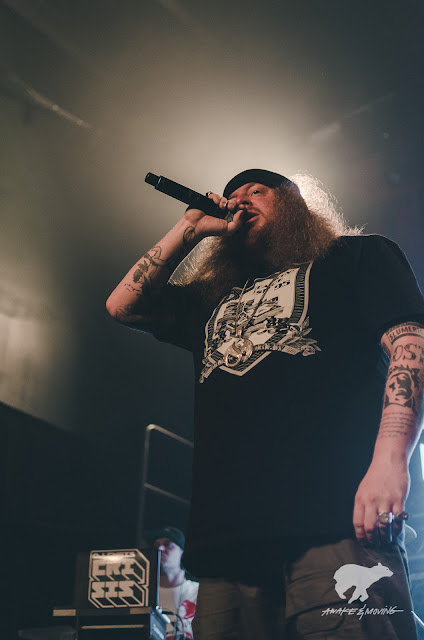 When Tech hit the stage this time, it was a totally new experience. I wish I still had the negatives from the White Rabbit performance to show you all how small and lackluster that venue was in comparison to Tech's setup today. He's grown so much as an artist & performer and it was miraculous to behold in person. It was a solid reminder that constant hustle and pursuit of your passions can get you where you want to be. While photographing the show, I immediately realized the parallels within myself. That first show I saw of Tech, I was in the crowd. A tiny little dude smashed between hundreds of pounds of rabid fans and a steel barricade, shakily holding up my disposable camera taking the best shots I could under the given conditions. Over a decade later, I'm now in the photo pit with some solid gear photographing one of my musical heroes for a blog I started, for a brand I created. How fucking dope is that? 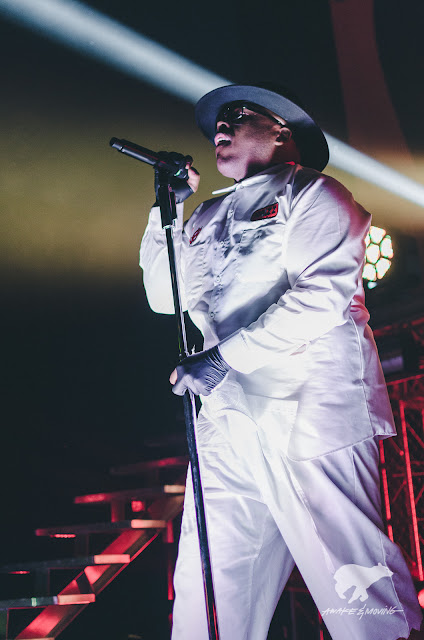 Krizz Kaliko on the verge of his new record, Go, set to release this week. 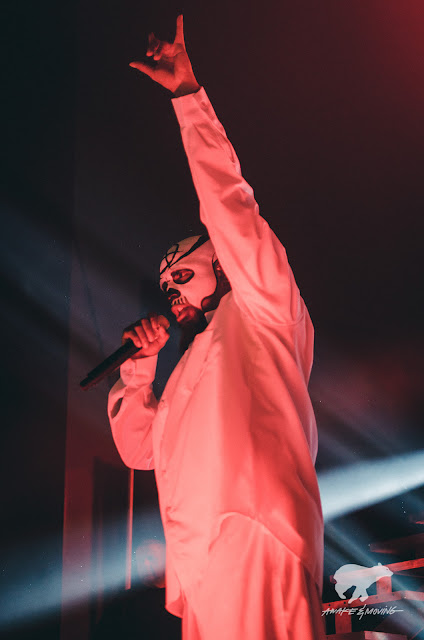 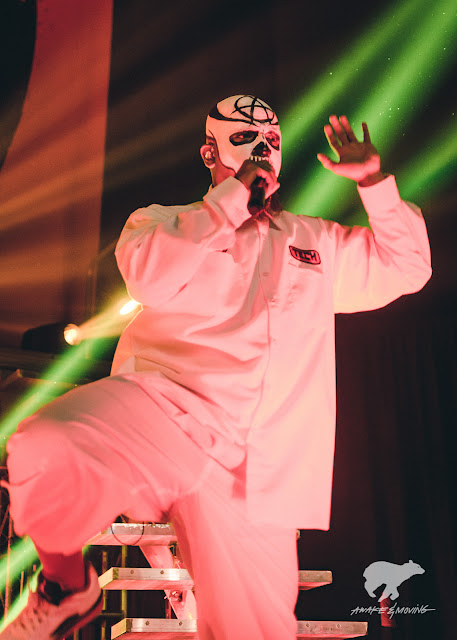 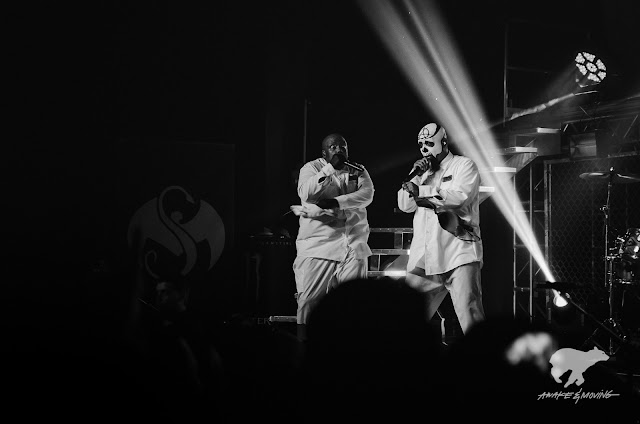 It's still weird for me without Kutt, but Tech and Kaliko still deliver an incredible show every single time. 816 BOOOYYYZZZ!!!

It was almost surreal to be there and capture these images. Especially when I caught Travis O'Guinn on stage. I've NEVER seen him at a show so that was dope. I spent a few moments between acts reminiscing about those older times. For years I would be in the thick of the rambunctious crowds trying to snap photos with disposables and, eventually, a point-and-shoot. I've been to a lot of shows in my time and at some point, I made sure to always have a camera on me at every concert I could. It's strange because now, I catch myself feeling odd at a show if I don't have my camera (now a DSLR). At times I can't seem to enjoy it as much either. It's weird. In any case though, I am super thankful to have had this opportunity to share another great story through Awake & Moving. What Tech N9ne has created over decades of hard work easily puts your favorite rapper's overnight success to shame. Stay true to who you are and go after what you're passionate about. Rappers come and go, but Tech is eternal. Hustle is everything. But even greater than hustle...

Thanks for always inspiring, Tech. 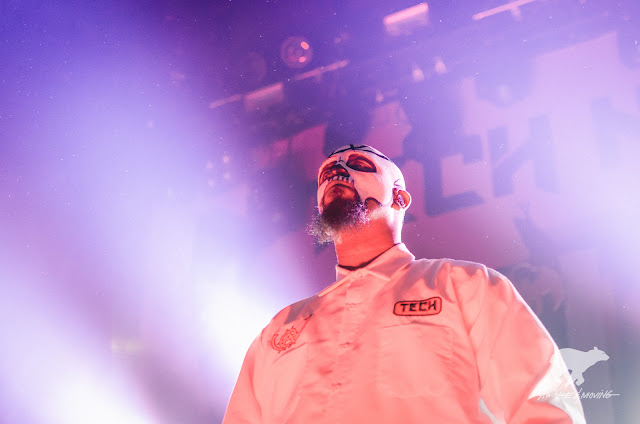