The Bear Has Migrated!

Well, it's happened. We have finally moved into our new location and, as a few of you already know, we are now in the wonderful and creatively-inspired city of Austin, TX! It's been a great eight months since I've rebranded and restructured Awake & Moving. During those months a lot of growth within the brand has happened as well as within myself. The brand itself has never felt tighter, as consistent, or more promising since this began. Each season has been met relatively well, but honestly, nowhere near where I want it to be. Hence this move. 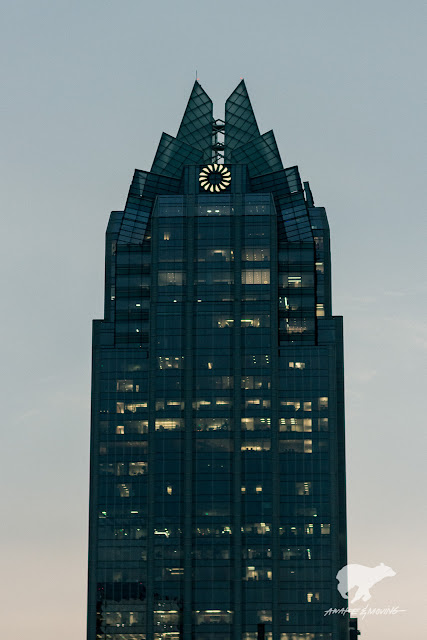 Personally, I'm burned out on San Antonio. I've lived there most of my life, pretty much all of it up to this point, and I feel like I've outgrown it. As an artist and as a person. I found myself jaded and tiresome with things I used to love. I spent a lot of time exploring new parts of the city and trying new things in the last two years but it just wasn't satisfying me anymore. Prior to the restructure, Austin was on my mind as a place I wanted to be in. The embracing of its creatives, both locally and nationally, is something I found so intriguing and exciting. I found myself spending a good chunk of 2015 visiting and building with the city, its residents, and fellow creatives. And every trip I made out here I felt the pull stronger each time. I saw opportunity for expansion. For Awake & Moving as well for myself. A lot of you know that evolution and personal growth is something I strive for, always. Spiritually, physically, and creatively. Austin just made sense.

I wanted to keep this decision close to me and not tell anyone because I needed clarity. It was too risky to be possibly met with outside influence or bias to share it with anyone else (like when I moved to Arizona a couple of years ago). I am a pretty open person and I love to share my experiences but sometimes, you gotta play things close to the chest. After months of discussing it with the people in my head, I knew it was the right thing to do. The biggest reality of it all was that I was moving two businesses, my dog, and myself. I had to feel right on all accounts before making the jump. And honestly? It was an easy decision in every avenue. I have a much easier opportunity to tap into a great market, there are so many great parks to take my dog, and overall I feel creatively inspired being here. Now that I am here full time, I am taking full advantage of it. 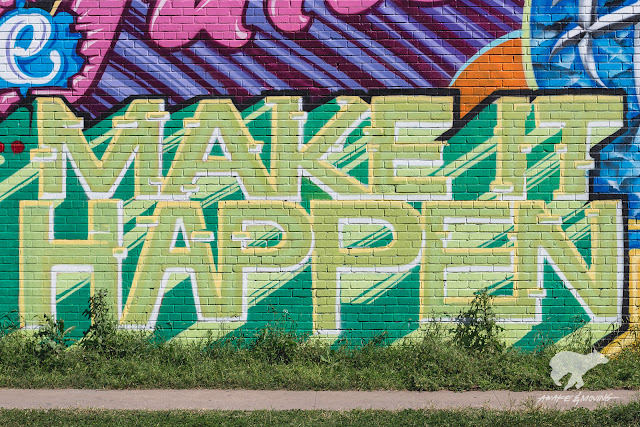 When your mantra randomly presents itself, it's just another sign of fate. #makeithappen

Some people may be wondering what is to happen of Street Keepers, the photography group (community, really) that I started in San Antonio. This only means that we will now have stronger ties between San Antonio and Austin. This will help us expand and build between the two cities so expect some bigger and better things from the group now that I am here. For San Antonio, Cory will definitely be the person to reach out to for all things SK. I will still be popping into San Antonio; it's my hometown and I'm still in close proximity to it so you will see me around. About the same amount, actually, as I never really left the house when I was there. In fact, I am headed back to SA grounds for Sneaks Up 10 in a couple of weeks, so definitely come out and support the great organization and culture that is Sneaks Up! 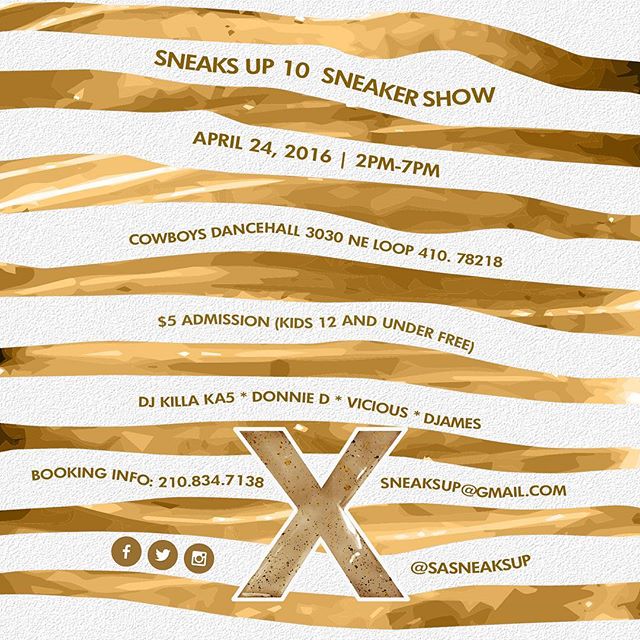 10 years strong! One of my favorite shows in San Antonio!

Spring 2016. I know. Suuuuuuper late. There were scheduling conflicts with my last printer when I was ready to pull the trigger and by the time it cleared up, all of my focus went into relocating. I would much rather take my time and give you all something dope later on than give you something half-assed much sooner just to appease to some seasonal schedule put on by the fashion giants ages ago. I am doing my best to simply have quarterly releases to keep things fresh and flowing, it's just been tougher than expected without solid ground. Regardless, things are settling in and I am ready to get printing once I find a place here that can work within our current parameters. Rest assured, Spring 2016 and most of Summer 2016 are done from a design standpoint. So any day now the new threads and accessories be online and in your hands.

I am sure I could write on and on and on about this move, but there really isn't much else to say other than I am excited and ready to keep this thing growing and evolving. I thank you all who took advantage of the warehouse moving sale, it helped generate some capital for the next release and was less to throw on the U-Haul truck. I also want to thank all of you who are still here supporting Awake & Moving through sales, word-of-mouth, and feedback. It all helps in many ways to keep this thing progressing. For that, I cannot thank you all enough. I am glad you are still with me, with us, and I look forward to bringing you dope product and more importantly, some great stories and perspectives of some really creative people from San Antonio, Austin, and everywhere else we go!