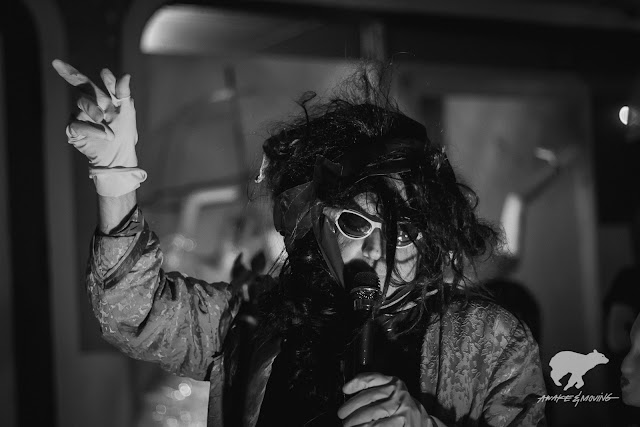 I know what you're thinking and yes, that's duct tape in his hair. Yes, those are dish-washing gloves. Yes, those are 80's style shades. And yes, I actually do know what is going on here. Ladies and gentleman, I give you Gary Wilson. 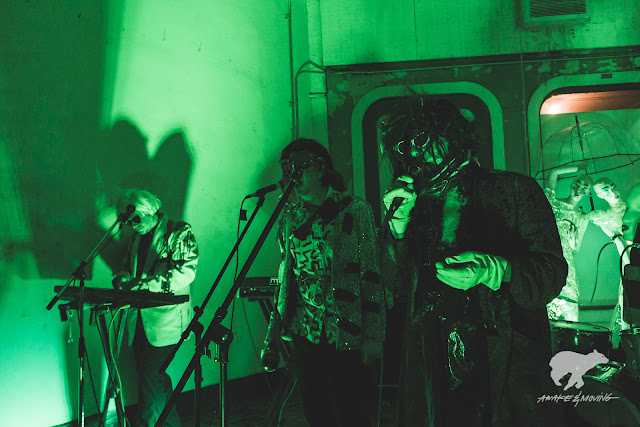 Gary Wilson and The Blind Dates.

Funk, pop, and lounge in the flesh, Gary Wilson is the personification of perseverance and passion. Gary made a stop in the Alamo City last Friday and brought along his band, The Blind Dates, as well as a bevy of sexy mannequin heads to K23 Gallery. Hailing from New York, Gary Wilson is clearly not your average musician or your average human being. I mean, the guy had pet ducks as a kid. Try taking those things for a walk. Gary Wilson was introduced to me years ago by one of my favorite and most influential artists, Jim Mahfood. Jim's love for funk has often introduced me to new music such as Clutchy Hopkins, Shawn Lee, and DJ Mahf, some of the best music to draw and paint to. So when he began touting his appreciation for Gary, I paid attention and sought out this mysterious character. At first listen, I was a bit lost. 6.4 = Make Out perplexed me in it's structure and cadence. But songs like Chromium Bitch and And Then I kissed Your Lips left me inspired. I found Gary's music to be a mix of funk, blues, synth-pop, and lord knows what else. But to be honest, I just dig it. Plain and simple. It's heavy in experimentation, synth sounds, and lovelorn lyrics. In fact, I've been so inspired by Gary that there may or may not be a joint I did with Info of Deathstar Clik back in 2000-whatever sampling And Then I kissed Your Lips. Good luck finding it. 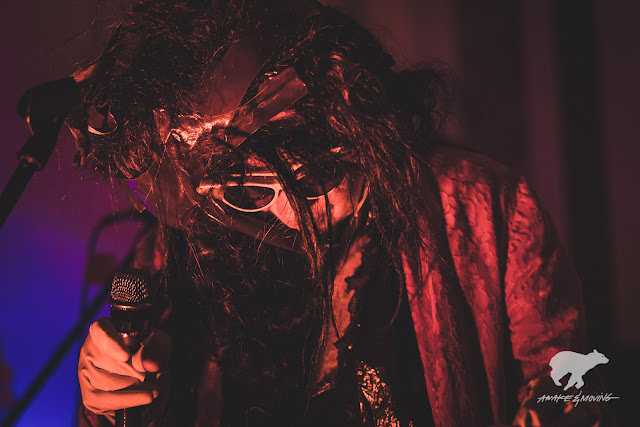 Gary wants to make you his Chromium Bitch.

Gary started out his music career back in the 70's learning many instruments and ultimately meeting John Cage, famous for the controversial 4'33", by finding him in the Yellow Pages. Yeah, it's been a long, strange journey for Gary. On his own time and his own dime in his parents' basement, he recorded, funded, pressed, and sold the classic You Think You Really Know Me in late 70's. Only it was hardly a hit back then. In fact, Gary had a hard time getting people to understand what he was producing. The labels that did like his work, had no idea how to market it and often left him high and dry. After a brief run of shows (including stints at the famed CBGB's) in the early part of his career, Gary disappeared into obscurity. Poof. Gone. Just like that. He made a return around the mid-90's and then vanished again, only to resurface in the early 2000's and has since been on the rise. His debut recorded has been re-released multiple times, he played alongside The Roots on The Tonight Show and he is apparently signed to Stones Throw. I mean...what the fuck!? Lol. 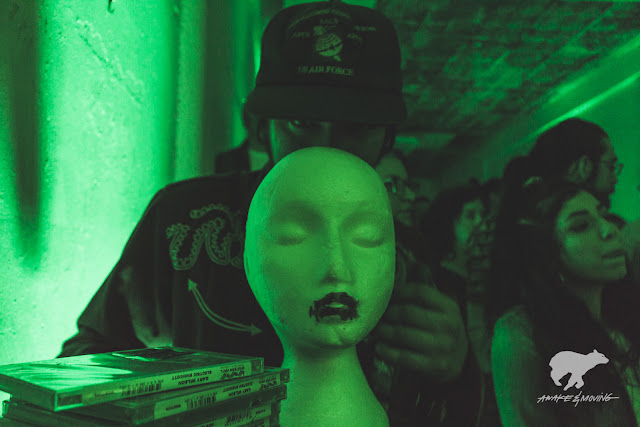 Recently, Gary has been receiving quite a bit of attention once again and it seems as if people are finally starting to embrace his genius. 40 years later. To say Gary is ahead of his time is definitely an understatement. People just couldn't seem to understand dopeness of that magnitude (see, I, too, can randomly pepper-in irrelevant Star Wars references into my work like the rest of Corporate America). Now Gary seems to be getting the recognition his work deserves. Or maybe it's just the flavor of the now and he'll disappear again next year. I sincerely doubt that, though. 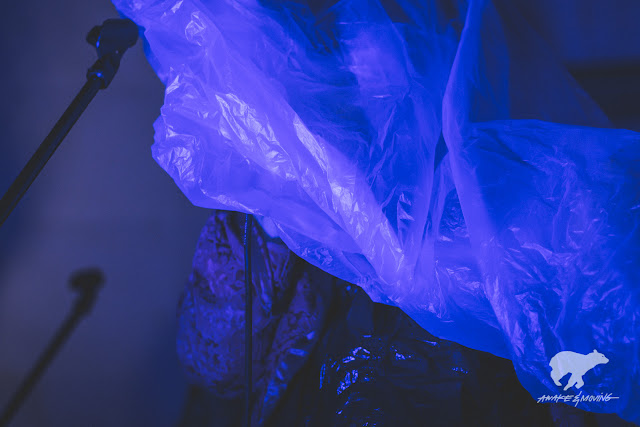 Trash bags are essential at a Gary Wilson show. 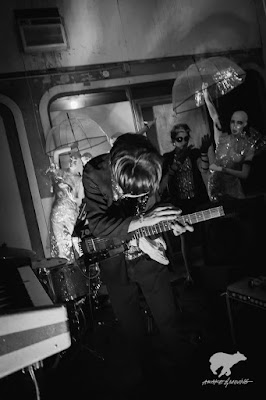 This guy could play the hell out of guitar AND those keyboards. Raw.
Also, peep the living mannequin in the back there. Just wild.

To be virtually ignored for so long and regardless of random accolades given by musicians from Beck, to Earl, to ?uest, most people would've have thrown in the towel and called it quits by now. But, like most people with a passion for creation, Gary hasn't. He's still making music and he's still performing his eclectic and downright weird performances, draped in cellophane and yellow gloves. And he's still killing it. 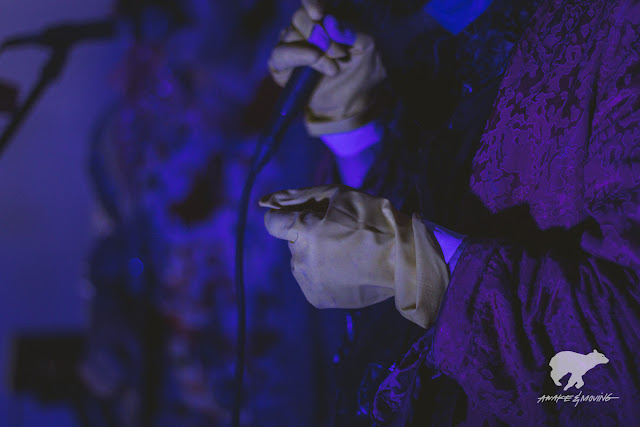 Words elude me in lieu of seeing those yellow gloves in person.

In a time where internet is everything, it seems Gary's music is in resurgence once again, likely due to how quick music can be shared today. Whatever the case, I am just happy to see him active and to catch him live in my hometown was a very unexpected treat and likely one of the most rare moments this city will see for a long time. And you probably missed it. I look forward to seeing more of this guy, hearing more of his musical genius, and to see who he will start collaborating with in the near future. Gary is proof-positive that it isn't ever too late. For anything.