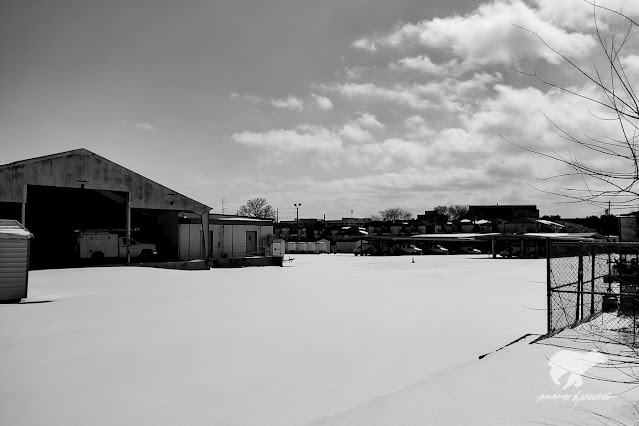 Snow Day 2020. Austin, TX.
Snow is likely the last thing anyone thinks about while living or visiting Austin, TX. Snow? In February? Pssh. Gtfoh. And yet, last Monday I found myself walking around the shores of Lady Bird Lake in complete awe of the white blanket that covered the entire park, trails, and roads. We had a tiny flurry of snow last month and even those few inches had Austinites bewildered, and it certainly didn't stick around overnight. *(I'm sure there's a good small dick/one night stand joke in there but it's late and I can't seem to bridge the gap at the moment)* This snow came heavy [by our norms] though and lingered around for a bit. Rather than staying in feeling restless and wrought with cabin fever, I decided to head out on foot first to make some photos nearby with my Minolta and my phone. After about an hour of grinning through my neighborhood from all the sparkling sky sprinkles, I couldn't resist and started planning my venture out by vehicle to find wider, more popular areas to make images of. At quite the crawl, I made my way through campus and downtown, hilariously watching people slip as they crossed the street (they're fine). Surprisingly fast considering my 20 mph drive, I touched down on the shores of Lady Bird Lake and was so blown away how everything looked. Not even a week before this moment I was sprawled out on my blanket stretching after a 7K run, enjoying my favorite drink (Clean Yerba Mate, holler), and wearing shorts. Now I was ankle-deep in snow with maybe less than 10 people as far as my eyes could see in every direction.
Wild.
The next day would prove a little less fun as there was no sun out, a lot more ice was present on the roads, and nearly half the state of Texas was losing power and/or water. This limited my travels to carrying on by foot, so I walked a few miles to a neighboring area continuing to make photos of the new Snow Land before it disappeared. All problems aside, I was really having a great time walking through ice and snow, stopping to make snapshots of a very different climate than I am used to. I've experienced snow maybe four times in my life prior to this and they were all in Central Texas, so it doesn't really count considering how little snowfall we've had since ever. This was far more than I've ever seen in my years in Texas, it was pretty astonishing. I'm happy for the experience and all it taught me coupled with the images I was able to make throughout the week. I will eventually get the film developed, until then here are some of my favorite moments from this eerie time in the snow.
Stay warm.
Stay Creative,
BLUE731. 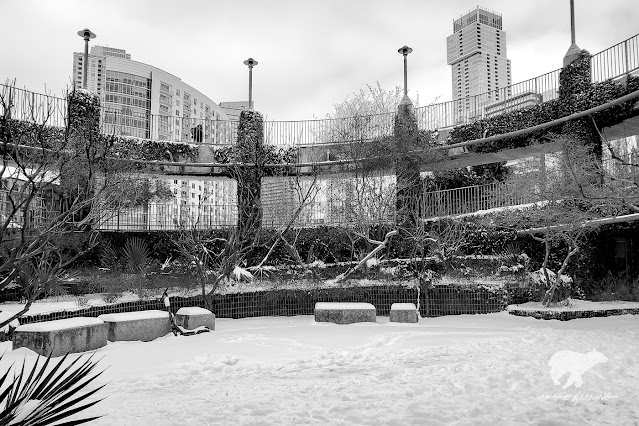 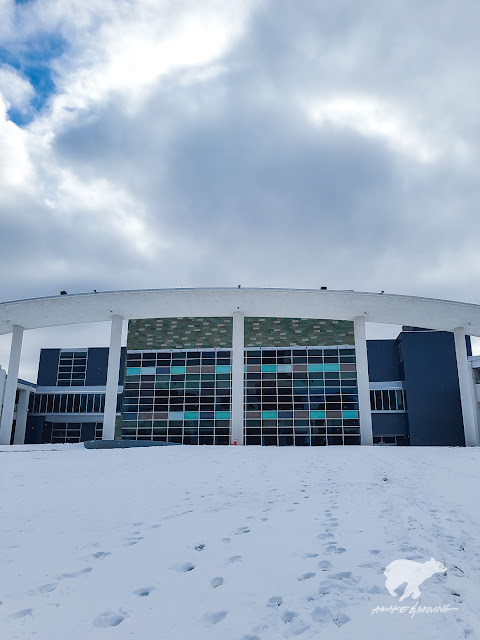 Long Center for the Performing Arts. 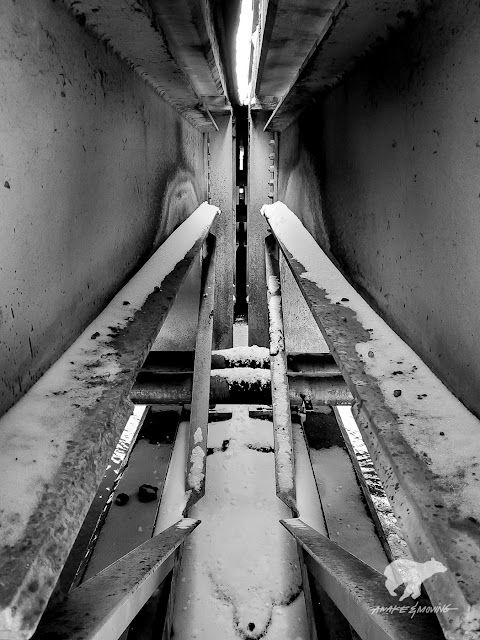 I've walked by this countless times for five years and all it took was a snowfall to catch my attention. 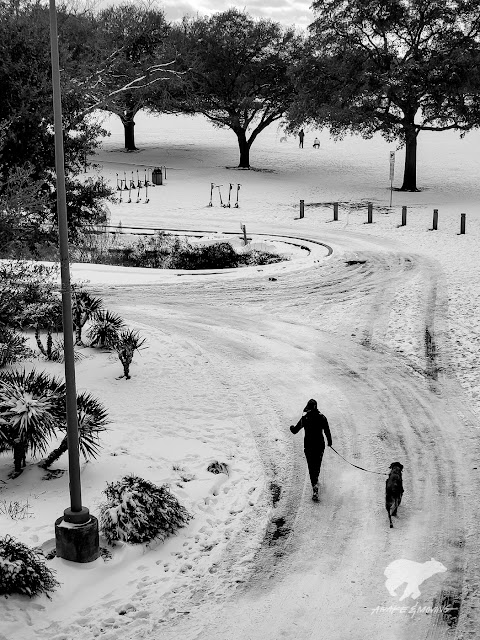 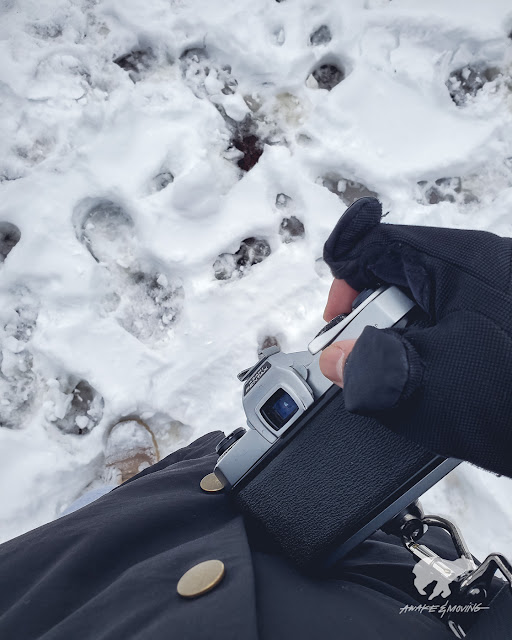 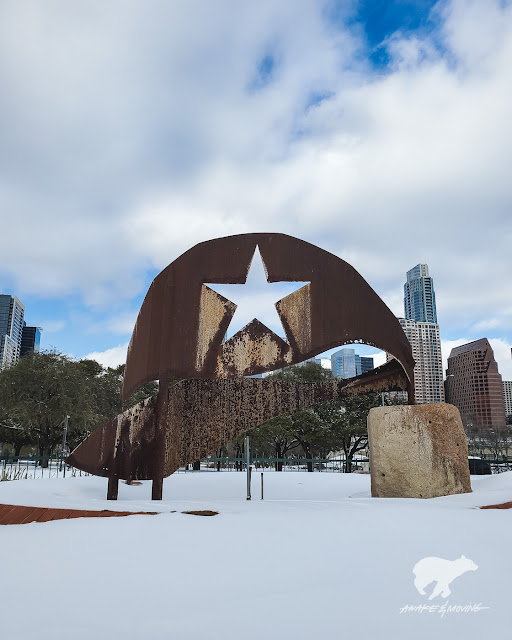 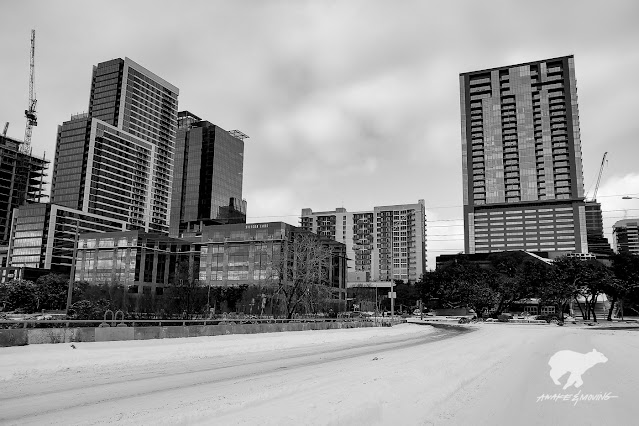 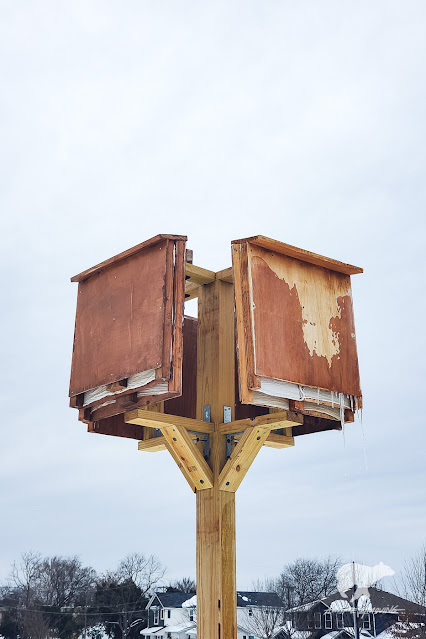 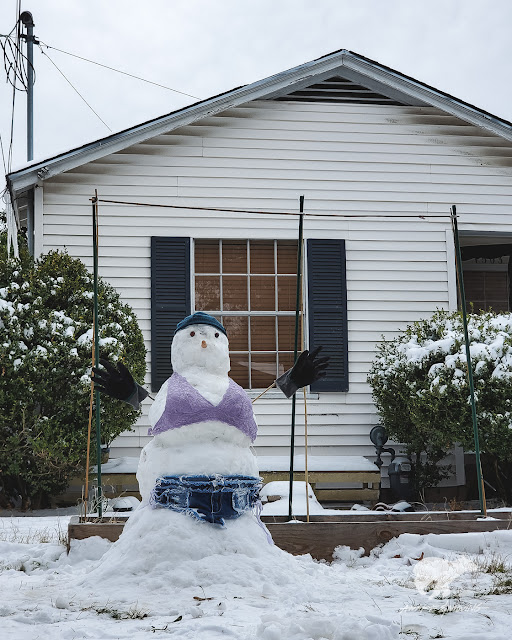 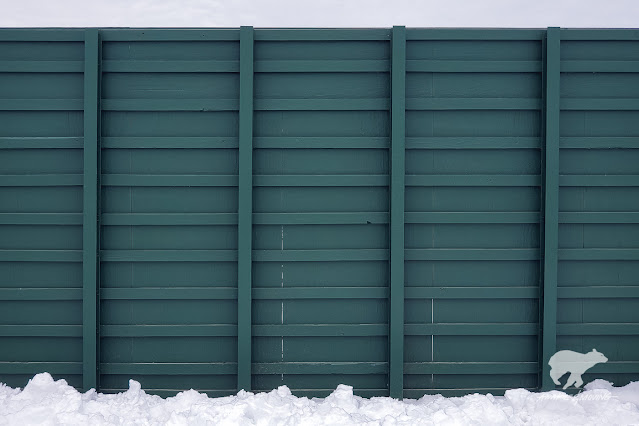 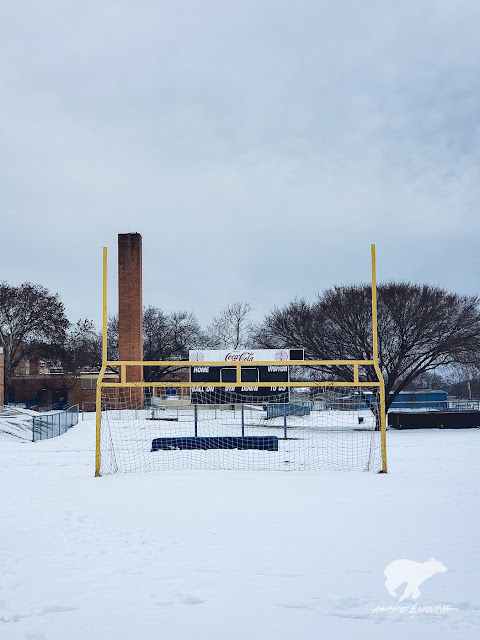 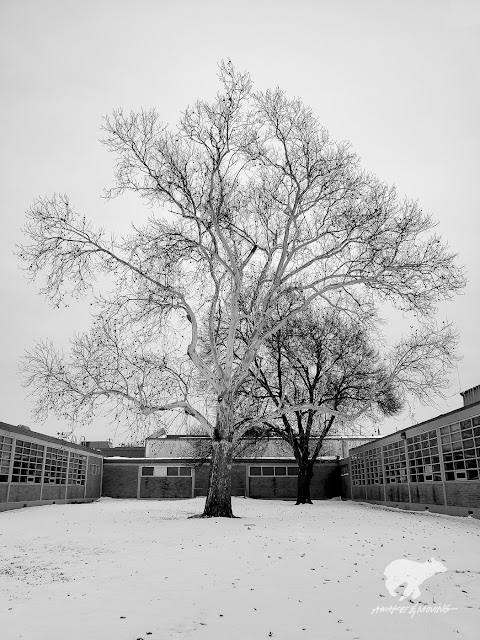 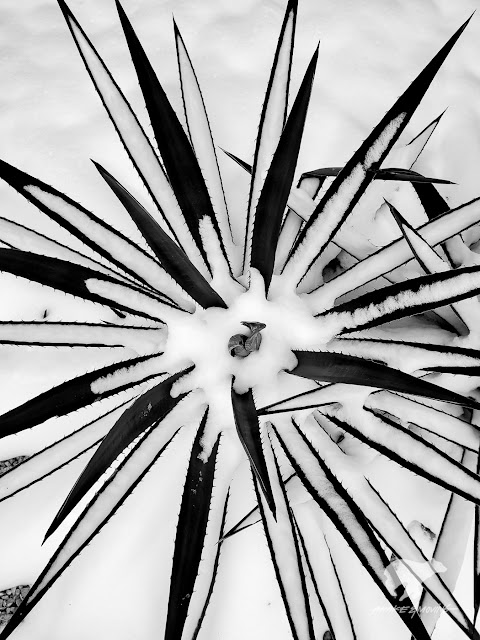 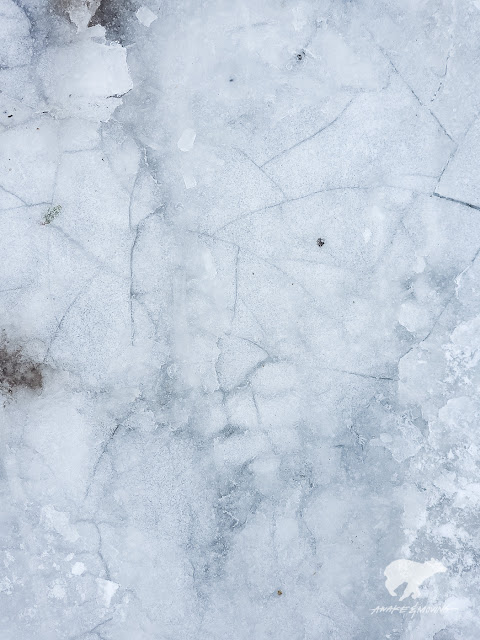 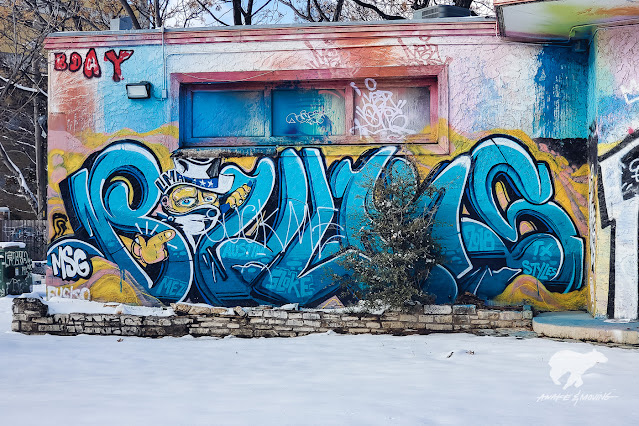 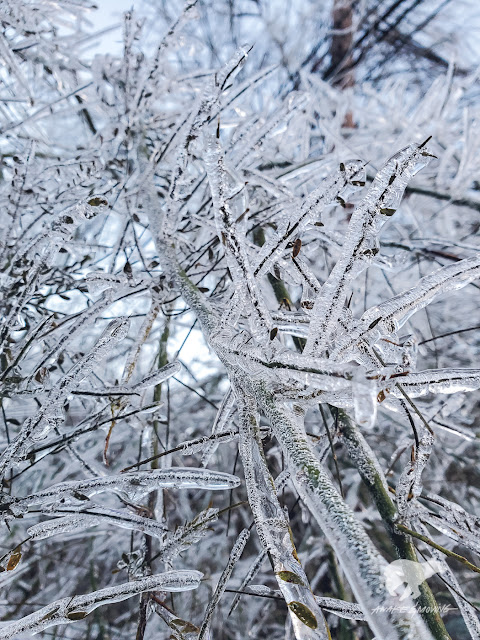