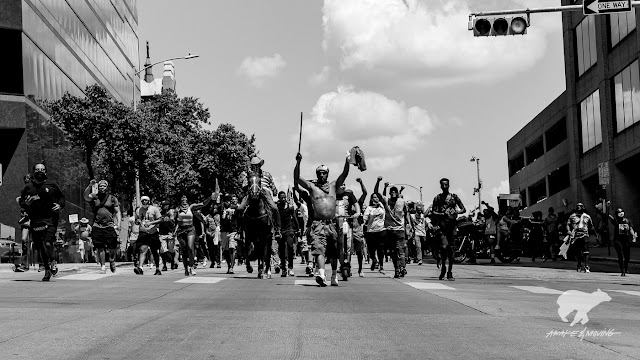 There's a lot to be said about the current Black Lives Matter movement and the uprising against police brutality in the U.S. I have seen a lot of things change in my brief lifetime. I've lived to watch the telephone evolve from a clunky, tethered unit to a mobile device capable of accessing near-infinite knowledge and instant communication that you can carry in your pocket. I've witnessed music recordings produced onto vinyl, magnetic tape, compact discs, through digitally streaming, back to vinyl and cassettes. The world used to warn us of talking to strangers to now meeting them through a slew of online apps that link people to collaborate or date or help us get a job. There are even some apps that allow strangers to pick you up and take you somewhere or deliver groceries to your doorstep. Some things haven't changed much. The beaches are still beaches for recreation or exercise, most vehicles still have four wheels, and people continue to protest and riot for actions they do not agree with from our governing bodies, walking and acting alongside complete strangers.

History also has a way of repeating itself as now, in varying ways, it is outright deadly to go outside at any time of day.

Especially if your skin color is a shade "too dark". 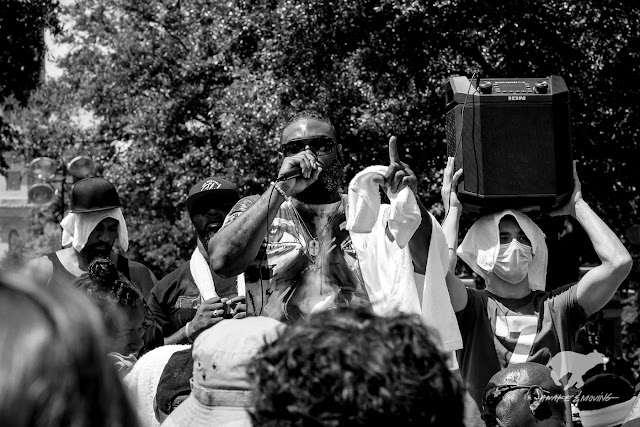 Police killings of African-Americans is at an all time high. Or perhaps, the mobile device I just mentioned is now recording these killings and allowing us to share them across the world--even in real time. Showing us almost daily what has actually been happening for centuries. Black people in the United States have been receiving a nearly perpetual imbalance from opportunity or assistance, down to their very livelihood and existence. To make matters worse, they have also been unjustly slain in vast numbers by those sworn to protect us--the police.

George Floyd's murder in the eyes of the public seems to have been the straw that broke the America's back. And it's about time. We are living during a revolution where people have been pushed past their tipping points and have witnessed far too many Black individuals senselessly gunned down by police to no longer stand idly by, now making loud, visible notice that these deaths are rooted in racism and are no longer acceptable. 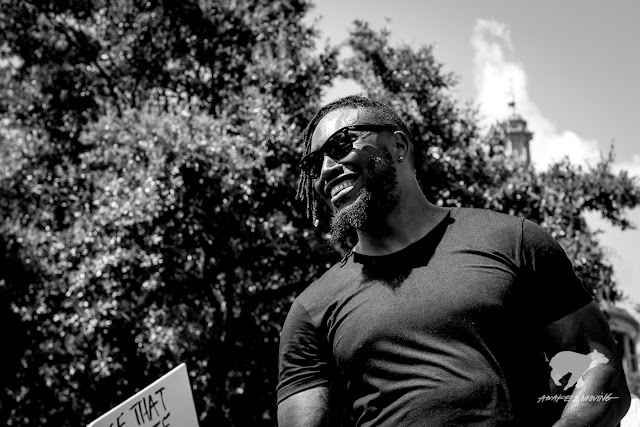 Even among all the pain, anger, and frustration there were still plenty of smiles and peace. 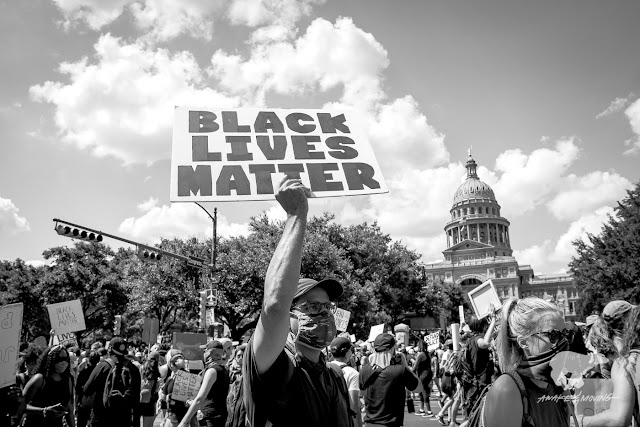 Across the country, citizens are taking to the streets in protest against the unfair division of power and privilege between Black- and White-America. Some march peacefully, chanting and singing, giving speeches of pain and hope, expressing the pain we are all feeling for this marginalized group of fellow Americans. Others are choosing to riot, loot, and aggressively fight back against a militarized police for the lifetime of abusing the power bestowed upon them by the very citizens they are intended to work for. While I feel there is space [and honestly, just reason] for both, I chose to participate in a peaceful march led by the Austin Justice Coalition on June 6, 2020 here in Austin, TX. I joined thousands of Americans and Austinites listen to leaders and members of our black communities tell their stories, struggles, and plans for a better and more equalized tomorrow. I watched people of every color march side by side, hand in hand, with pride and power.

We chanted, we applauded, we listened. 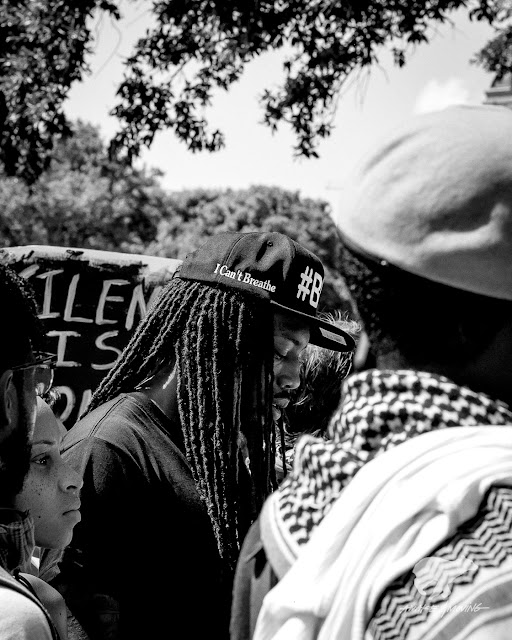 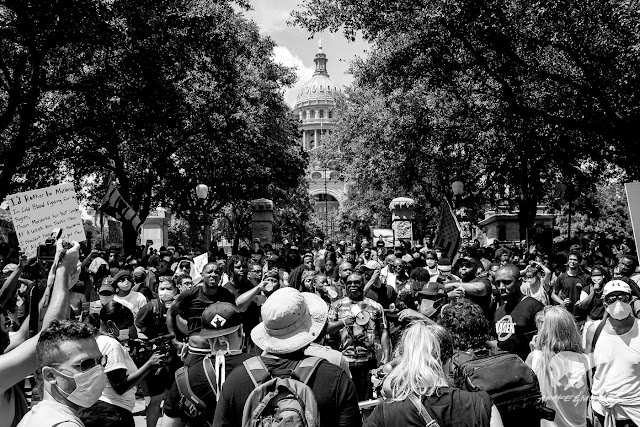 Protesters gathered at the front gates because they are not allowed to convene on the Capitol grounds.

While we are all still navigating what a new world will look like beyond Covid-19, the end of police brutality, and hopefully the death of racisim in this country as well, we all need to do our part to equal this imbalance that has plagued our country since its invasion/inception. Black America and all people of color need to feel as safe and as empowered as White America has felt since day one when we all helped build this country. BIPOC deserve to have the same privileges and advantages white people have always had--we are all in this country as one and must all lift each other up. Whether you choose to march and protest, or use your platforms to share Black messages, or donate to a cause that will benefit Black Lives Matter, or have uncomfortable conversations with racist loved ones in their lives, we need you to LISTEN to our black leaders and SPEAK UP against the inequalities. Now is not the time for silence or pretending there isn't a problem with our systems of order. Now is the time to stand up for what is right, to help your fellow human being. I urge you to keep fighting in however you choose to fight so that we may all help change this country into the truly equal and free place it can be. 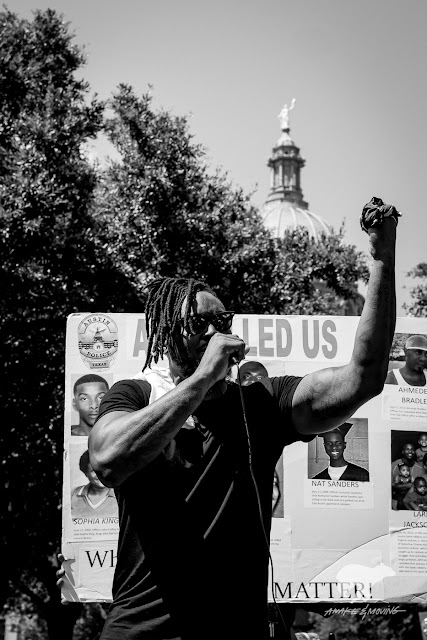 No Justice, No Peace. 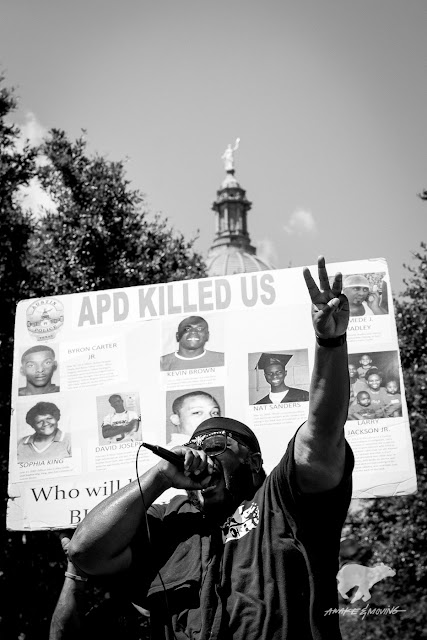 So many incredible speeches were made this afternoon. 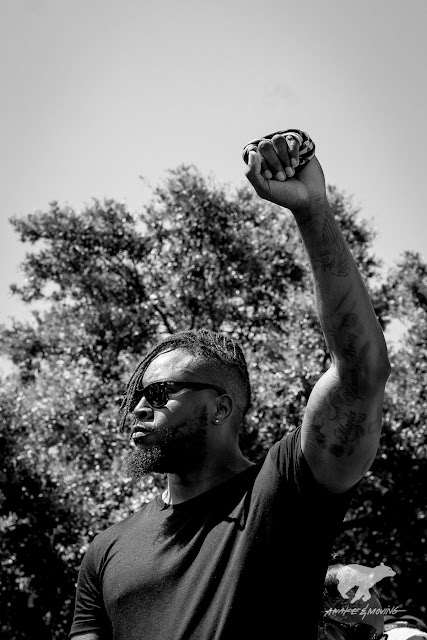 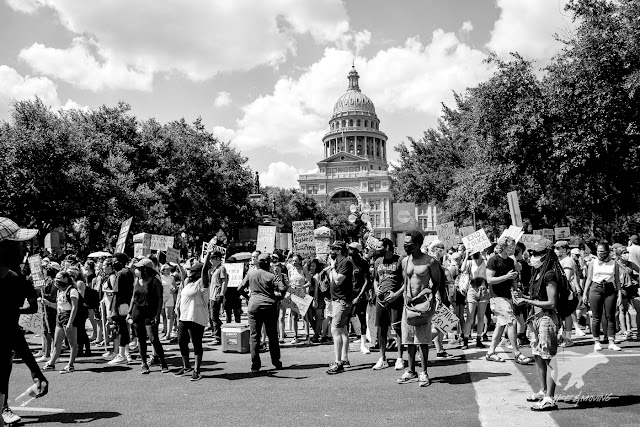