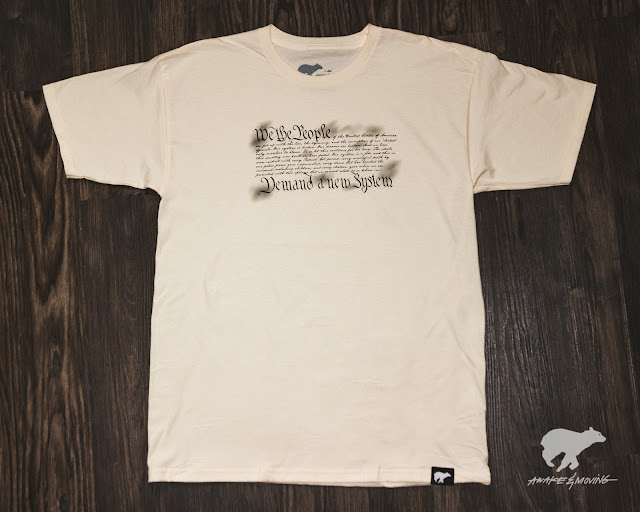 I mean really, what are our options? This entire election has been one, big joke. Although I had a long-winded post planned out for this, I am choosing otherwise out of the sheer frustration I have for U.S. politics. I guess for politics in general. It's all pretty sickening and I just don't have the energy to feed it like I used to. It feels so pointless. All of it. Take a real good look at what is happening in our current election. Neither of the two primary candidates are anything to gloat about or praise, and the minor players just don't seem to be politically savvy enough to be taken serious by the public at large. Instead we are left with a handful of wilted, sour grapes.

We are fed this two party system, year in year out, regardless of how people feel about it or its ineffectiveness to represent us properly. Each party backs only one individual to push a much bigger party agenda. Strength in numbers, I get it. But just cause you can doesn't mean you should. Shout out to Bobby Hundreds. The thing is, there is nothing to be excited about as a voting U.S. citizen this year. Scandal after scandal (which is nothing new in politics) keep surfacing, shining some serious light on people who are vying for the position to govern an entire nation. We are less than a week away from a major shift in our country and it can be pretty terrifying. I don't back either candidate in any way, so much that I refuse to even mention their names in this post or in my timelines. I would much rather fill my feeds with updates on this brand, share dank memes, and RT photos of cute dogs. I love dogs.

In my much younger days, I would have easily created something mocking both of these candidates to express my frustration. As I have matured in life however, I know better. I know that neither of these two are what is wrong with this or any other election. Why waste my time on something I know is broken deep within. The problem is our entire system. It is flawed and outdated--created in a time of slavery and wooden teeth. Although racism is at an all time high, I don't see any wooden teeth around. The world has changed since the constitution was written and a lot about our political structure needs to change and grow as well. 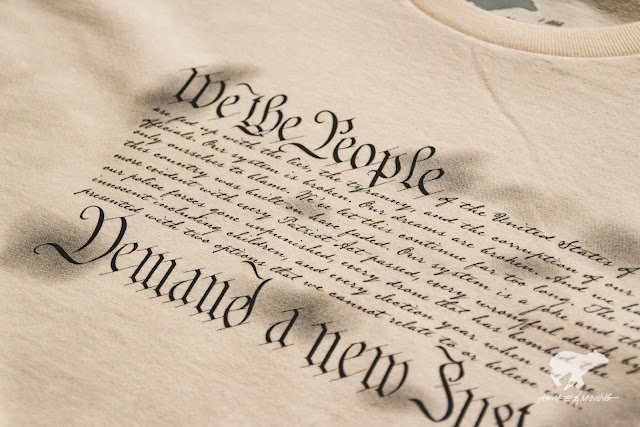 In a time where we need deeper change, I want to urge you all to take a step back and see the bigger picture. Take a good, honest look at the system you believe in because it's broken. From the top to the bottom, the flaws are all around us. I am not convinced that our votes matter. Now, do I have all the answers and solutions?--of course not. So I can only hope to shed some light on other issues that affect the playing field as a whole and focus less on the players as most seem to do. I refuse to believe that participating in a broken system is the only way to change it. That logic hasn't made sense to me, ever.

When Election Day comes, whichever way you vote if you decide to, keep in mind that the results of the 2000 Election and the eight years that followed are what got me taking a deeper look into this nonsense in the first place. From a once gung-ho "Get out and vote!" teenager to a now disenfranchised "We're all fucked" adult...

...We the People demand a new system.

"We the People of the United States of America are fed up with the lies, the tyranny, and the corruption of our “elected” officials. Our system is broken. Our dreams are broken. And we have only ourselves to blame. We’ve let this continue far too long. The ideals this country was built on have faded. Our system is a joke and this is more evident with every Patriot Act passed, every wrongful death by our police forces gone unpunished, every drone that has bombed the innocent including children, and every election year when we are presented with two options that we cannot relate to or believe in...