The 2016 NBA Playoffs Have Arrived. 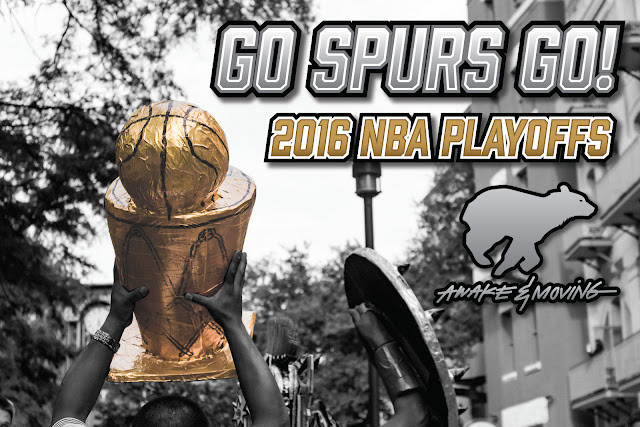 The San Antonio Spurs took their first win in the post-season last night in dominating factor. From all the highlights I watched (and the decimating 32-point win), it seems it was a great game. I'll be honest here, I don't watch basketball quite as much as I used to. These days, I'm just way too busy spending every free moment creating. That, and I don't even own a TV. Luckily, I catch up on Twitter when I take breaks. Mostly thanks to my Frontage-homie, Vince.

Awake & Moving may be in Austin now, but it's still GO SPURS GO! all day. What I really love about Austin is that there is no official NBA team. The unofficial team, though, is definitely the San Antonio Spurs. On any given day, I can go just about anywhere here and see a Spurs cap or jersey or a tee. It's awesome. I mean, Austin could've easily adopted the Rockets or the Mavs, but it seems the home team here is the Spurs. 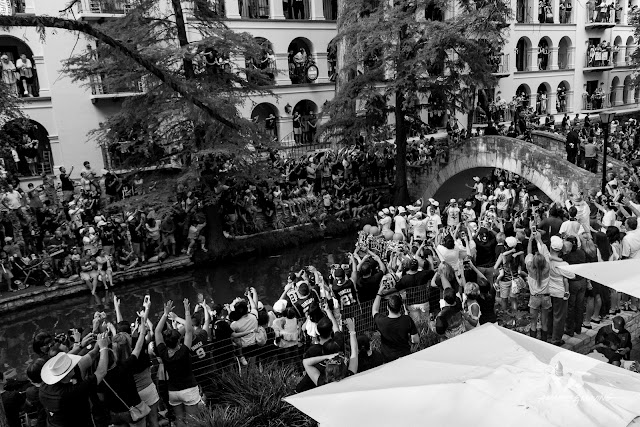 Our championship parade is unique in that it takes place on the water along the Riverwalk. 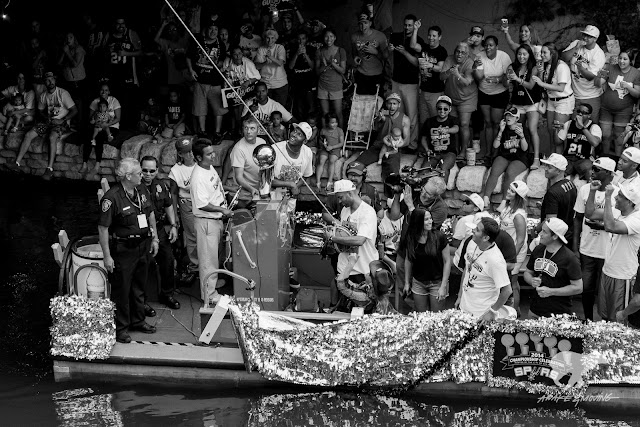 A fan lowered a ball and jersey on a rope for Mr. Parker to autograph as his boat passed underneath the bridge. He graciously did, as they even stopped the boat to do so. Our fans are ingenious.

At our last championship parade, I erratically wandered the streets on my bike snapping photos of all the celebrations. I took turns quickly through the sea of people and followed as many riverboats as I could. San Antonio loves their Spurs and it shows with every playoff run and even more so with every ring they win. I am excited to see the champs take another crack at number 6. If Game 1 is any indication, it's gonna be a sweet victory. I'm ready to hit the streets again, y'all. Until then, I got a new sticker for you all and it will be in the online shop soon if it isn't already. 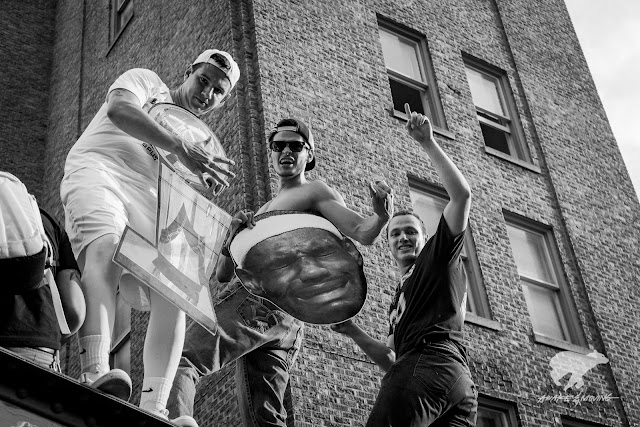 The crying-Lebron was everywhere during this run. 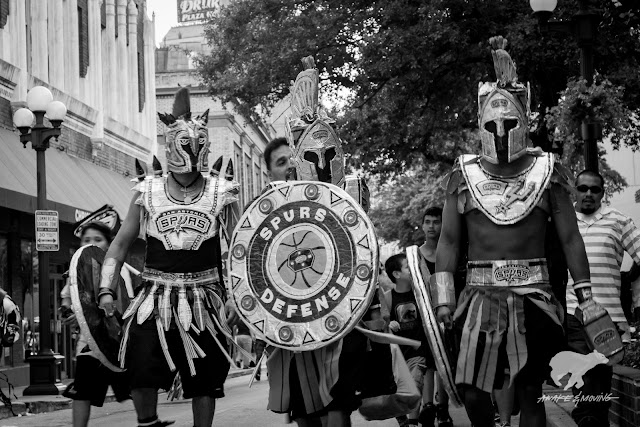 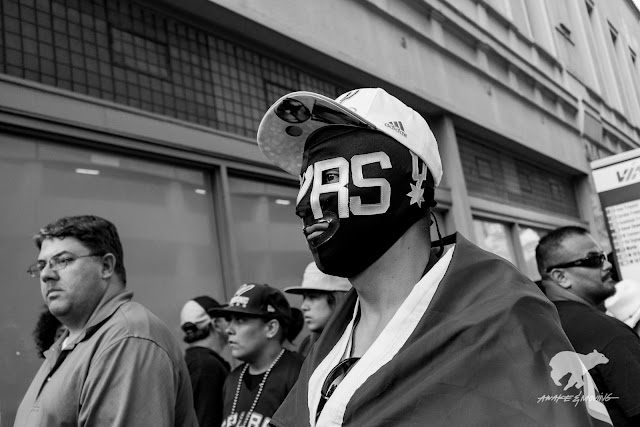 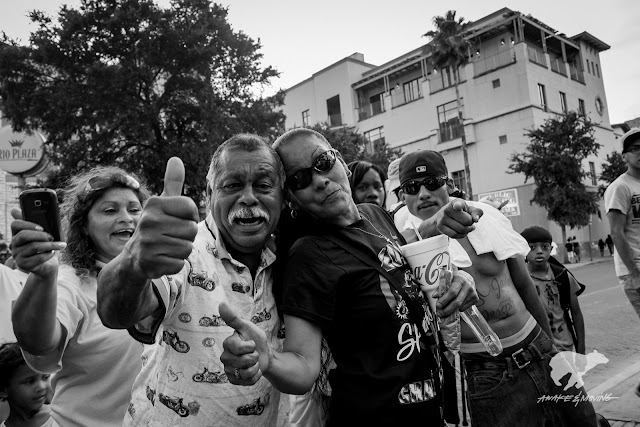 It's real love out here. 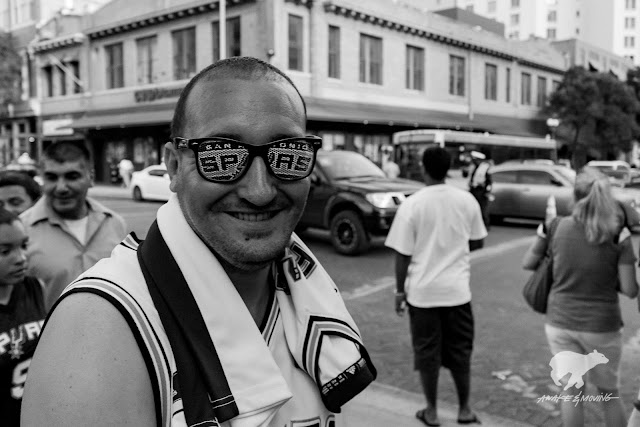 Sending you our best, San Antonio!!! I got something special lining up and it's banking on you guys bringing us our sixth ring!