Earlier last week I was blessed with an insane opportunity to photograph Deftones and Incubus on the same night, two of my absolute favorite bands of all time, at the Circuit of the Americas in Austin, TX. After months of laying awake at night trying to sort out how I was going to make this happen, it happened. Needless to say, I was pretty stoked when I got my confirmation. My homies at Creative Socialite came through in the clutch for sure. I must say, I've shot a lot of bands in my lifetime, a lot from the crowd, and it is always fun and challenging. This would be a new experience in that I would be in the photo pit with some breathing room (the last few times I shot Deftones were from the crowds of people that had no intentions of making it easy, or even manageable, for me). I showed up super early and caught the tail end of a Deftones sound check. I didn't take photos, I didn't walk down to the stage, I just sat from above and took it all in. This was actually happening. 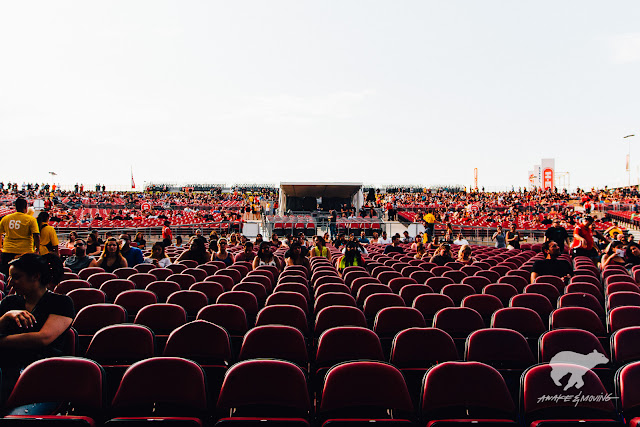 The opening acts were The Bots and Death From Above 1979. I had heard great things about DFA and I am always down to check out new music. I mean, if they are on tour with Deftones and Incubus, they must be doing something right! What was surprising about both bands was that each one were made up of only two members. Yet, especially with DFA, it often sounded like I was hearing a full band. Which, I guess in all actuality, they are. The Bots had a brief yet interesting set followed by DFA who had some of the best lighting I've shot a live band in. Nothing like some Golden Hour action! 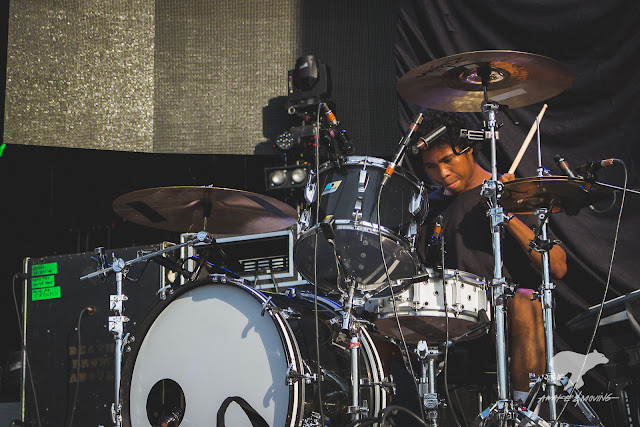 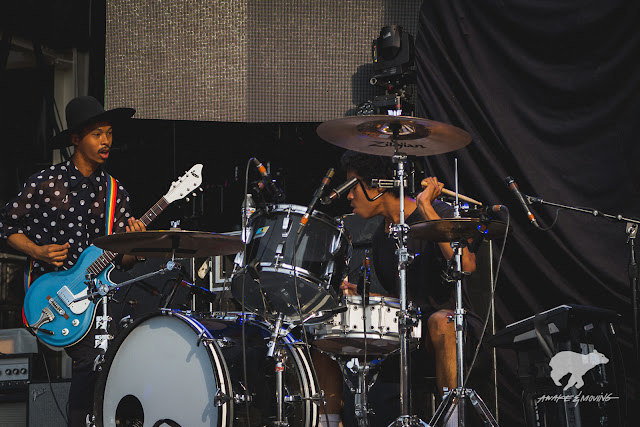 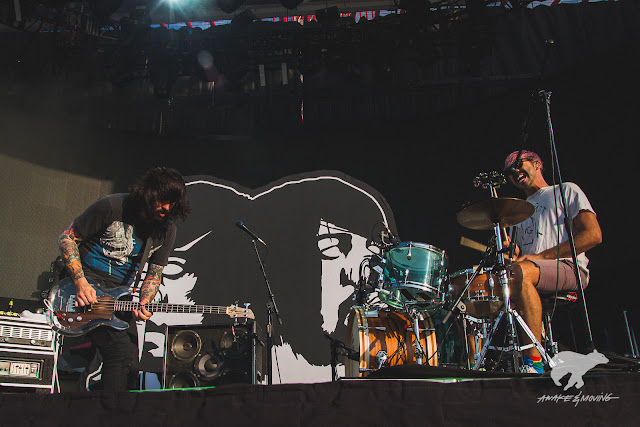 Jesse Keeler is a beast on that thing. 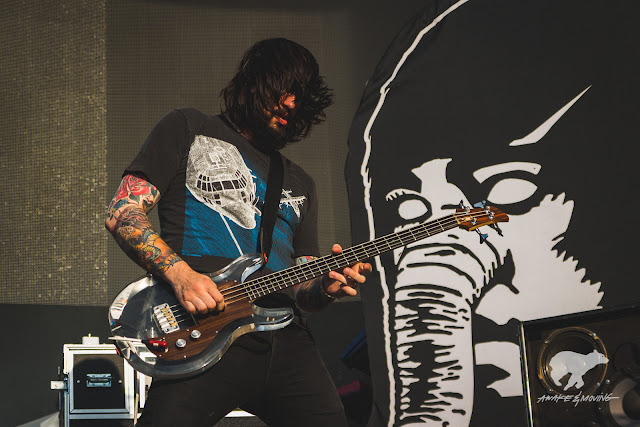 After getting into the groove with DFA, I played the waiting game. It had been a good minute since I had seen Deftones and even longer since I last saw Incubus so I was super stoked. We got the cue and were escorted down to the photo pit. The sound kicked in and it began. Deftones hit the stage with full force and were in great spirits. Smiles all around. BQAD brought some good vibes and that's when they really got down to business. It was a short time in the pit, but it was definitely a great time. I used to read Metal Edge as a wee lad and Circus as an adolescent, back when print magazines had a bit more weight, and would see so many amazing photos of Deftones, Incubus, Tool, Rage Against The Machine, Slipknot, and countless others. It was so dope to scroll through my card seeing images of these guys put it down. 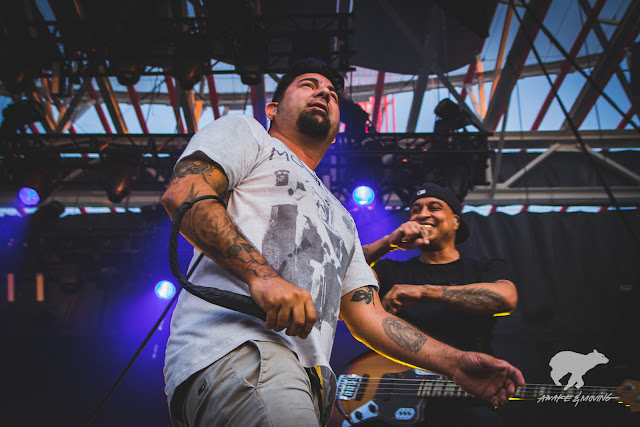 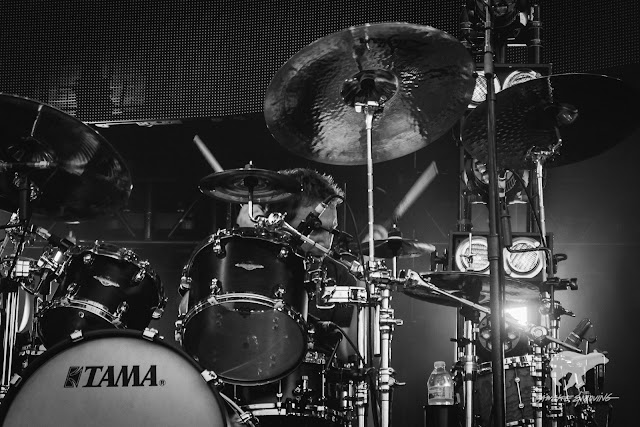 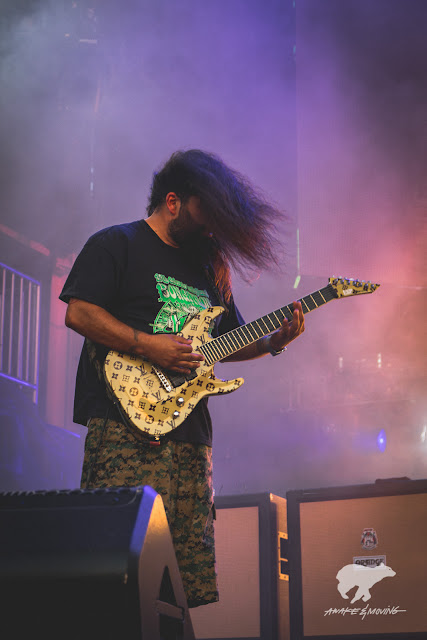 Chino doing what he does best. 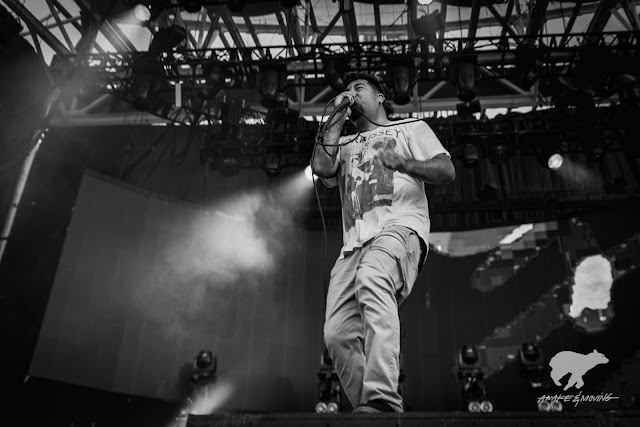 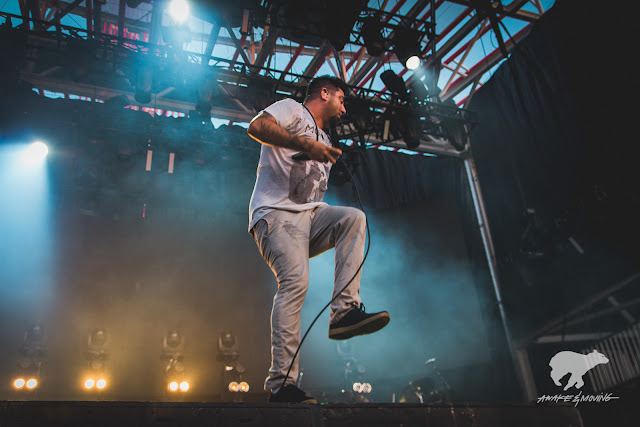 After catching a little bit more of Deftones' set, I went back to the photographers' area and took a minute to rest. COTA is setup to catch some amazing sunsets that push sunlight directly onto the stage. It's hard not to be captured by the beauty of a great sunset. 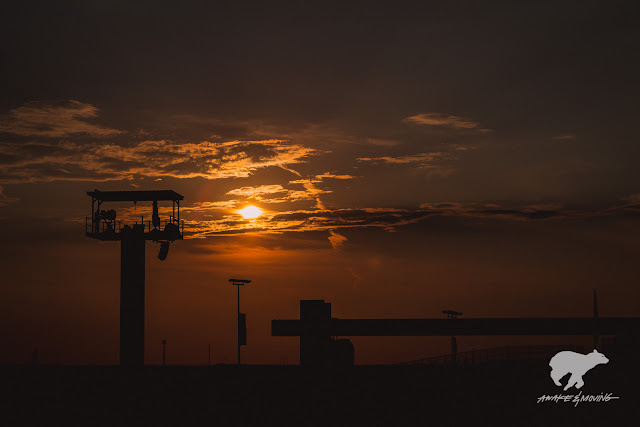 Incubus hit the stage shortly after and we were instructed to wait til the fourth song before we could hit the pit. I didn't know why but was anxious as to what I was missing. The music filled the amphitheater and we were all just antsy waiting to do our thing. Sure enough, there was a special intro I guess they didn't want too many photos of. Check it out here on Brandon Boyd's Instagram page. Dope, right? As we were led down, the sun was gone and the stage was engulfed in flashing lights and big screen visuals as Incubus were in full swing of their show. It's alaways amazing to see a band that has been around for so long still play with high energy and skill. These guys certainly have only tightened up their game over the years and showed their longevity in passion, talent, and unity. It was a truly great experience to hear those sounds and see the creative visuals that filled the backdrop.


Brandon Boyd belting out that dopeness. 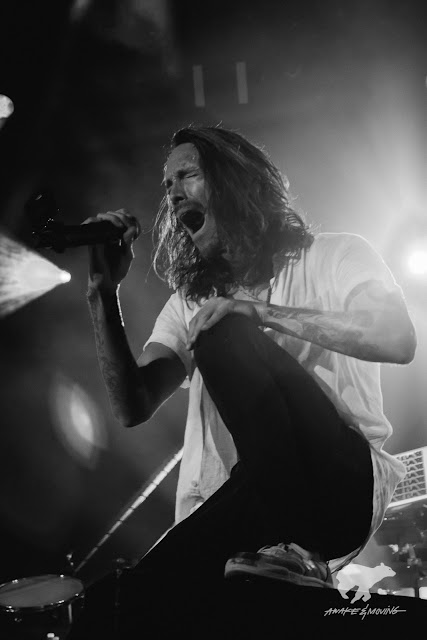 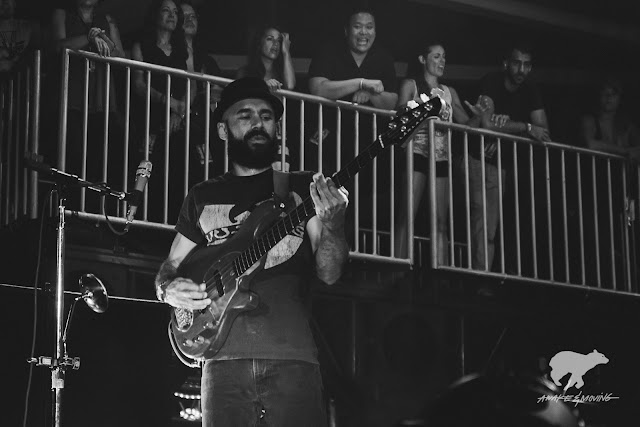 A certain shade of green. 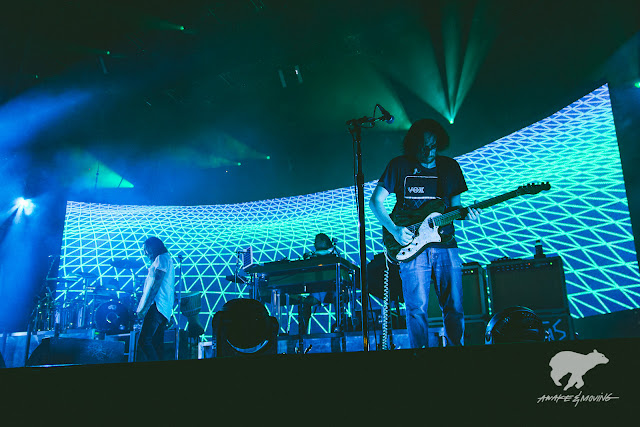 No slowing this guy down. 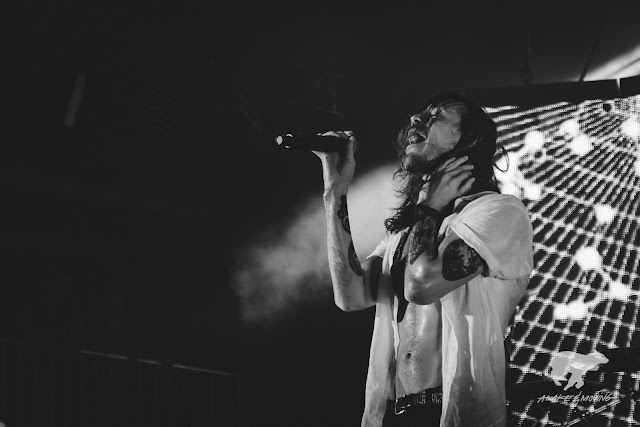 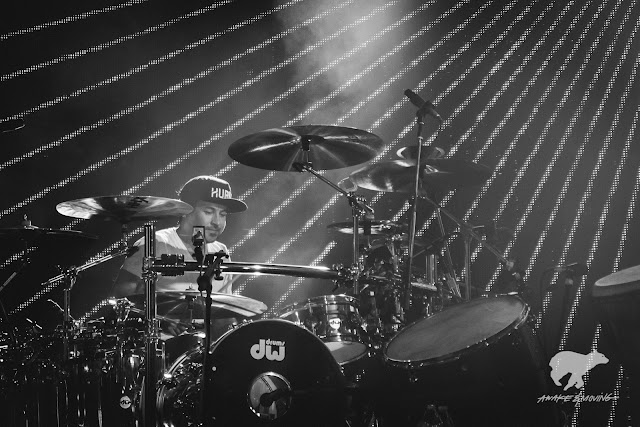 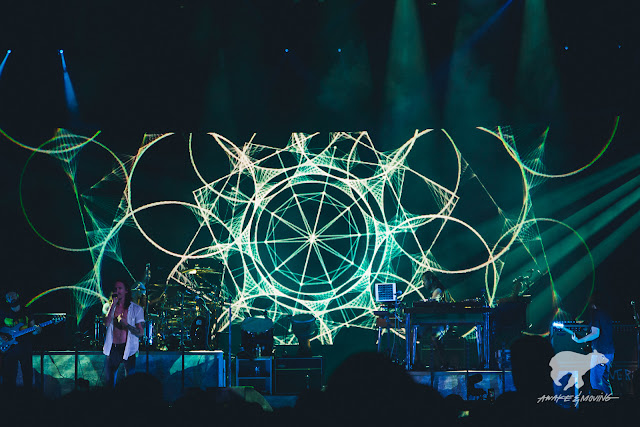 I caught a bit more of their set from the crowd and just soaked up the entire night. It's crazy after all these years that I was finally able to shoot these bands on a professional level. Even more impressive that I was able to shoot both on the same night. An extra rare occurrence. You know, I just had a birthday not even a full month ago and I've already set the bar pretty high for my next year of life. I can only hope to continue to build the relationships I have and grow the skills I've learned that led me to these opportunities. Big S/O to Creative Socialite and the staff at COTA for a great experience. There aren't many words that can accurately describe what this did for me. So I hope my images do a great job in saying what my words can't. 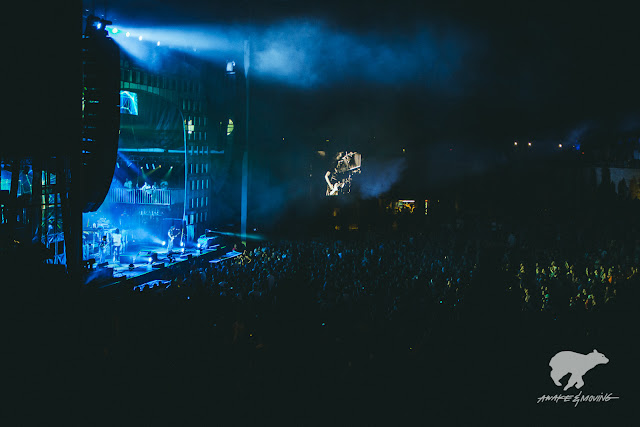