Half Naked and Half Freezing at Cupid's Undie Run ATX 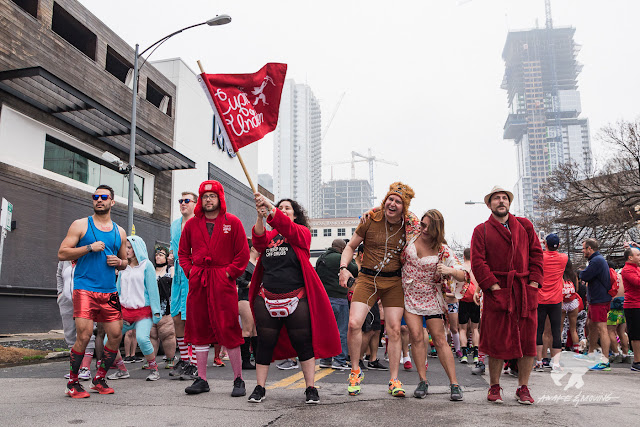 There's something so invigorating about a running in cold weather wearing only your underwear and a smile. The national charity "Cupid's Undie Run" just completed back to back weekends hosting their annual run. The Undrie Run is more than your average fun-run. It is less of a race and more of a party in where competitors meetup to mingle and socialize, take a brief run in the neighboring streets in their undies, and then return to start for more partying. All in the name of children's charity. How dope is that? 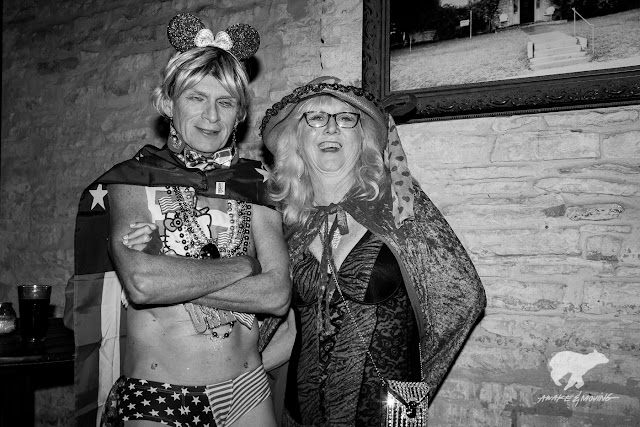 This guy's costume was fantastic.

This was my first introduction to this particular race and it was more than I could have asked for. It takes a lot of guts to hang out and party with a bunch of strangers in your underwear, let alone in 45 degree cold. But boy do these people know how to have fun! I met a lot of great people at the run and saw so many fun underwear and costumes. Everyone was a great sport for my camera and I don't think I've ever met so many people so comfortable with their own skin. Which is great because that in itself can be a big hurdle for most of us. I saw the most diverse range of ages and body types here and everyone had a big smile throughout the day. Nothing but good vibes all around. 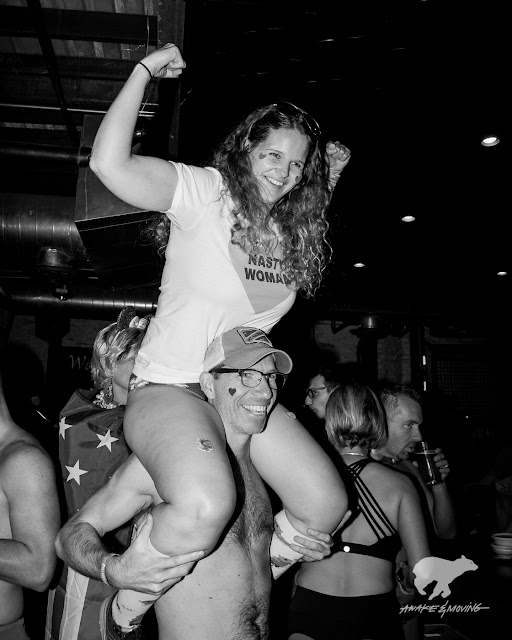 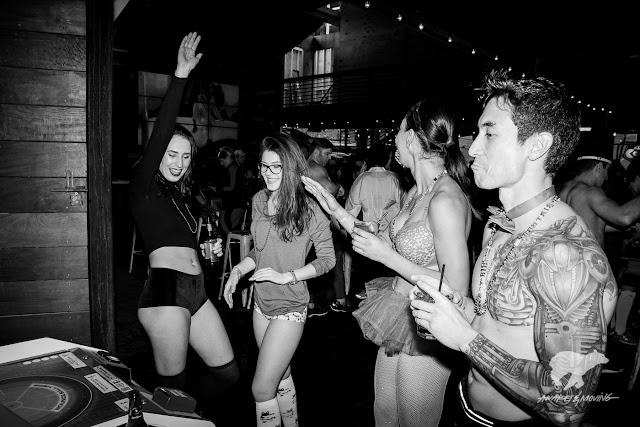 Cupid's Undie Run aims to raise money for the Children's Tumor Foundation to aid in their research in finding a cure for Neurofibromatosis, a genetic disorder that causes tumor growth. It's safe to say this is not only a solid effort to find a cure, but to have a blast while helping out. 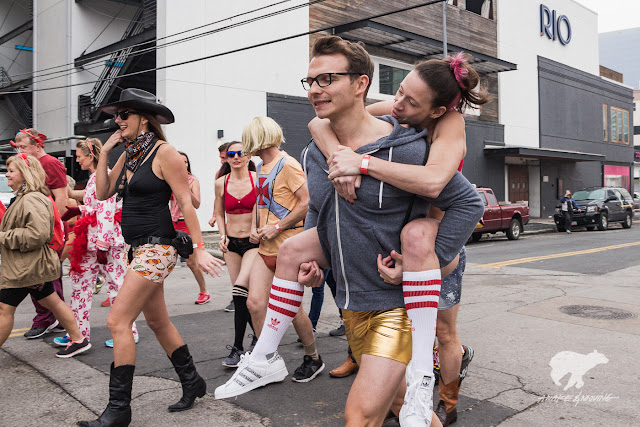 That's a smart way to do it! 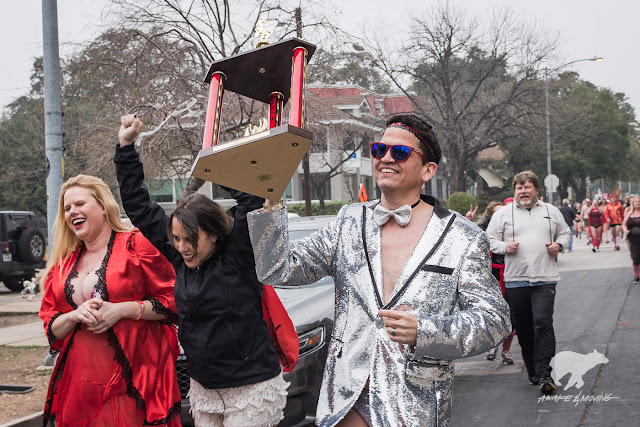 Straight flexin' in that jacket. You sir, are a winner!

The run is super short, about a mile in length, but the impact is long-lasting. Both in terms of the charity funds and also in the experience. Buford's Backyard Beer Garden was a party all afternoon with plenty of food, alcohol, oversized-Jenga, oversized-Connect Four, costumes, dancing, little red undies, and a few tighty-whiteys. Awards were given out to individuals and teams who raised the most money and everyone came together for a great cause. 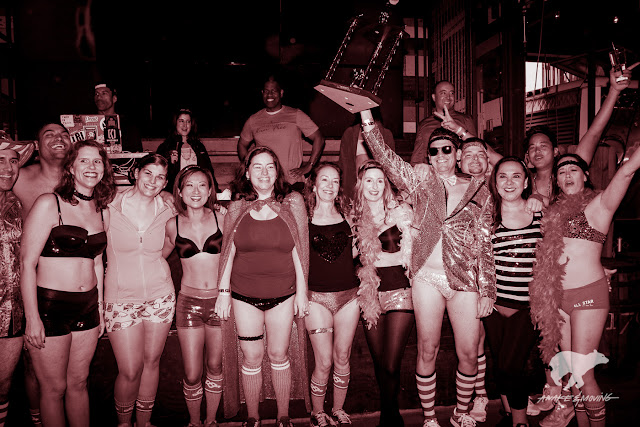 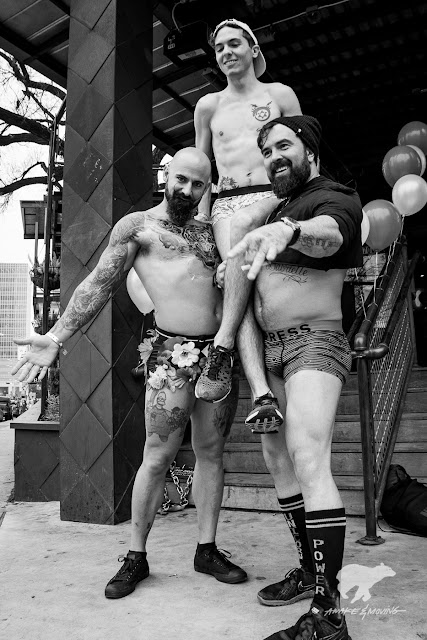 This guy was in heaven lol. 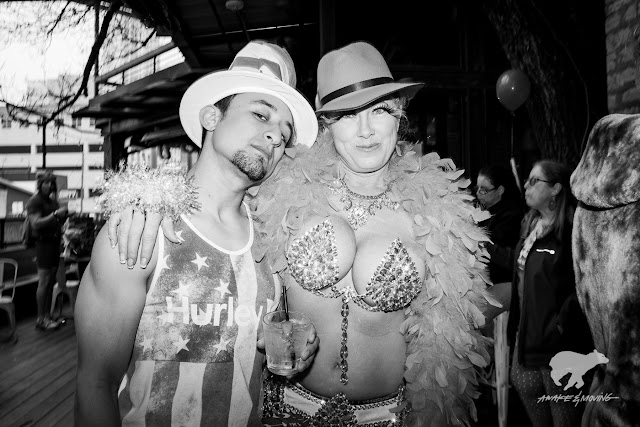 While I myself was fully clothed, it was awesome to see people put themselves out there in public. Maybe I'll shoot the run in my undies next year... 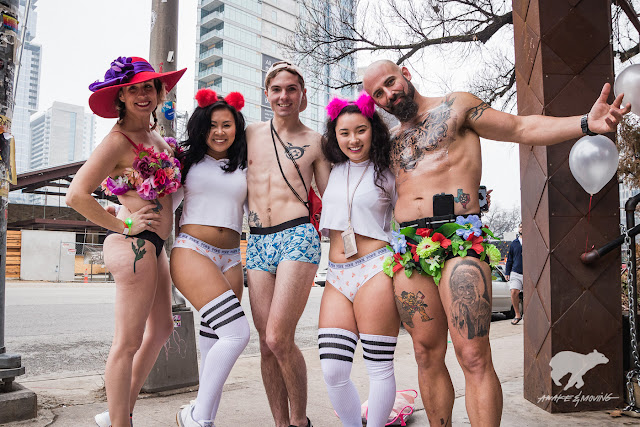 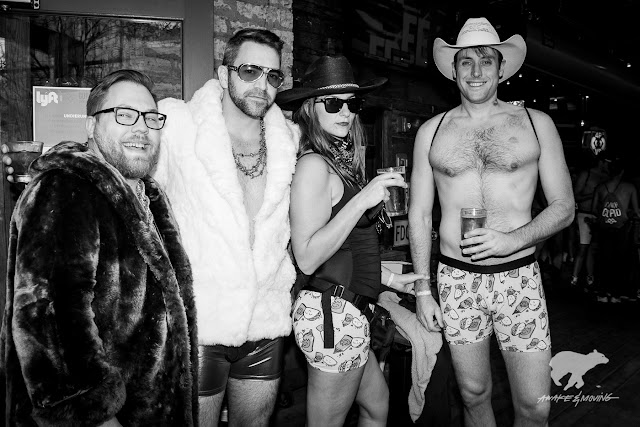