Jason Lee Captures the Quiet Details of the Vast Plains of Texas. 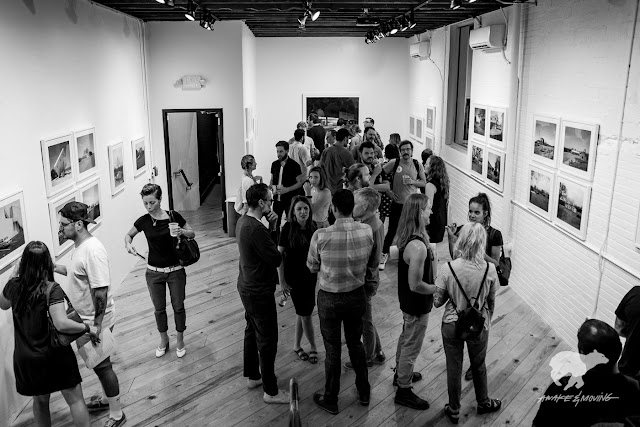 It is easy to find art in almost anything and anyone. Musicians, painters, photographers, writers, speakers, chefs, fighters, skateboarders, architects, astrophysicists, comedians...it doesn't take much to see the art in something if you're willing to open yourself up to it. Personally, I admire a vast amount of people of diverse backgrounds and upbringings, but they all have one major thing in common--they express themselves fully and share it with the entire world. I find it incredibly admirable when someone can focus on thing, one passion, and pursue it so intensely that it becomes an extension of who they are. They hammer away nightly, daily, honing their craft, sharpening their sword, and putting it on display for the world to appreciate, use, deconstruct, denounce, and destroy. They put in the 10,000 hours and the end result is something of an almost divine nature.

But there is another group of people that resonate with me so much more. Those who cannot seem to find satisfaction in one medium or pursuit. They have an almost A.D.D. with their self-expressions. Where, given a  few clones or Hyperbolic Chamber scenario, they would pursue everything they possibly could simply because they cannot find contentment in one direction. They will sacrifice 10,000 hours of one skill in favor of 2,000 hours of five. It can be a difficult challenge when one path is super captivating, yet we feel the pull from so many other directions. It is also so incredibly rewarding. I am one of these people.

And so is Jason Lee. 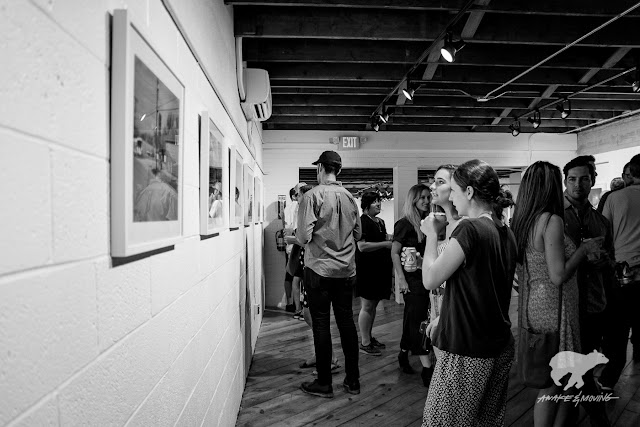 You may be familiar with Jason Lee from movies. Or television. Or from Stereo Skateboards. Or, perhaps, from his photography. His legacy can be seen in so many artistic areas and it is still continuing to shine all across the world. I first discovered Jason Lee from "Mallrats", easily my favorite movie in high school. Lee stars as comicbook-obsessed Brodie Bruce alongside best friend T.S. Quint (Jeremy London), Jay (Jason Mewes), and Silent Bob (Kevin Smith). Brodie spends most of the film comforting his best friend's recent breakup through witty dialogue and deprecating empathy, having had his own relationship end that same morning. Collectively, the four embark on a wild and destructive adventure, all taking place in our favorite hangout of our youth--the mall. Hella 90's.

This was the extent of my knowledge of Jason Lee, just another great actor on the silver screen. Then I find out years later that he helped create the famed Stereo Skateboards. I was shocked and my admiration for who I already believed to be such an incredible artist climbed so much higher knowing that he was part of my world, my culture. Comicbooks and skateboarding--that was my adolescence. It is a tremendous feeling when the way you relate to someone you look up to deepens in such a serendipitous way. A few years later when the Instagram hill became a mountain, seemingly overnight, I discovered that Lee is also an avid photographer. And if you've been following this blog or this brand, well, I'll let you fill in the spaces from here. 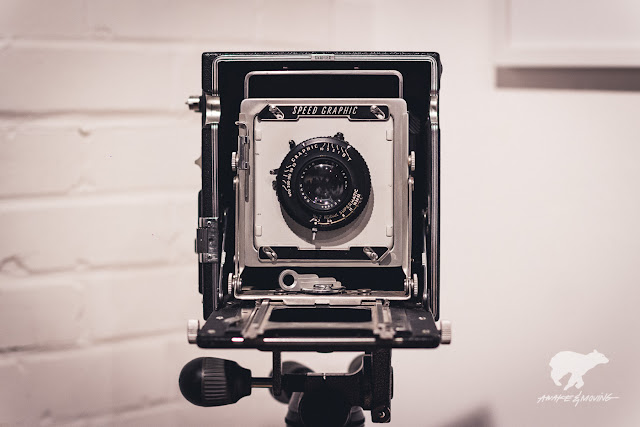 Jason recently opened a solo exhibit here in Austin containing his photographs from the far corners of Texas. Driving through the Lone Star state is no easy feat, even if you live here. Especially if you live here. Texas covers an enormous amount of land and it is roughly the same terrain all across--plain. So, "A Plain View" is a very fitting title for the images Lee captured during his 5000-mile drive across  the plains of Texas earlier this year making images for his forthcoming book. The photos were all created using medium format film and the amount of detail in these works are stunning. I opted to not photograph the work because one, it feels weird making a photo of another photo, and two, this is just something you have to see in person. The size of his photos and the detail wherein can transpose the viewer to the scene itself in a very ethereal way. A buddy of mine described it as feeling like you are in the scene itself, seeing what the artist was seeing as he made the photo as if you are physically there, in the photograph. I honestly cannot describe these images any better. 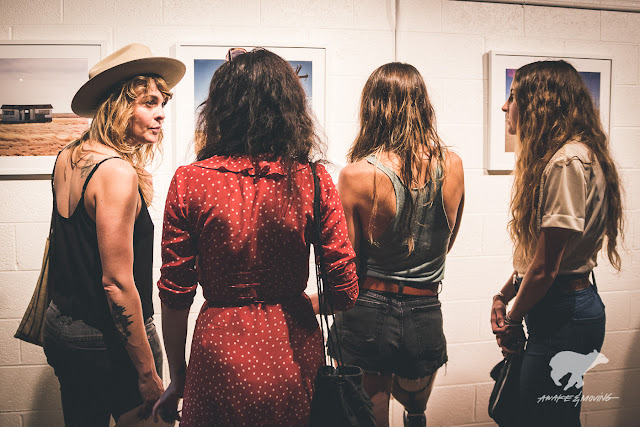 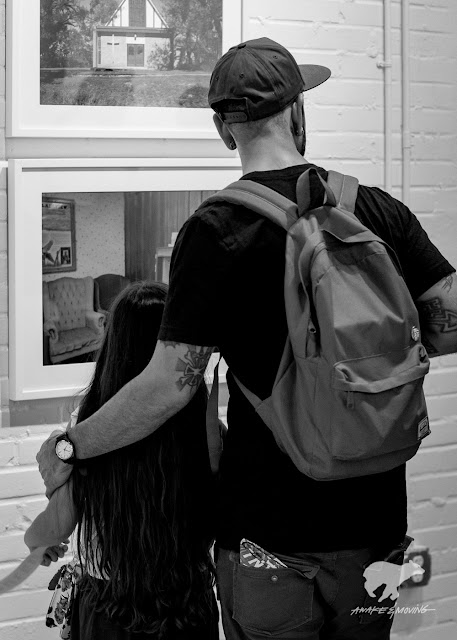 The opening night was filled with so many admirers from photographers to artists, to art-lovers to social gatherers and more. Lee spent the evening graciously being pulled from every direction to talk about his work or listen to people express their appreciation for bringing the show to our lovely city. And yes, I was one of them (thank you for taking the time Jason). I spent my evening slowly taking in the details of each photograph while making images of the people who came to enjoy them with me. For nearly fifty photos of the plains across Texas, there was nothing plain about this night. Including the unique space of Preacher Gallery. While this was my first introduction to this space, having no prior knowledge of its existence prior to the show, I was instantly hooked on the social-church vibes and decor. I am looking forward to many more shows here. 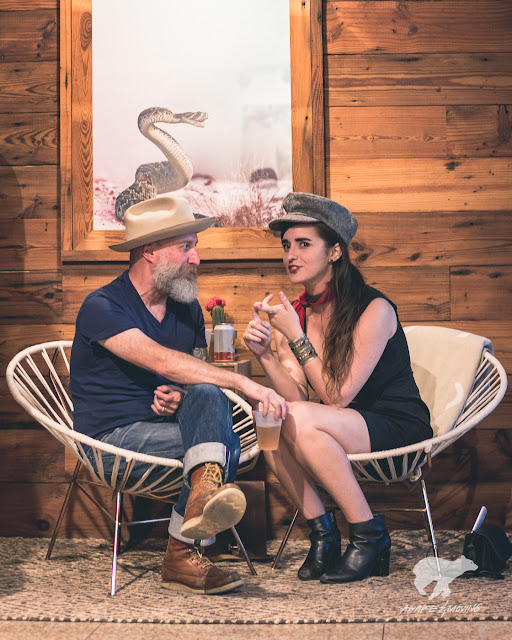 It doesn't get much more Texas than this. 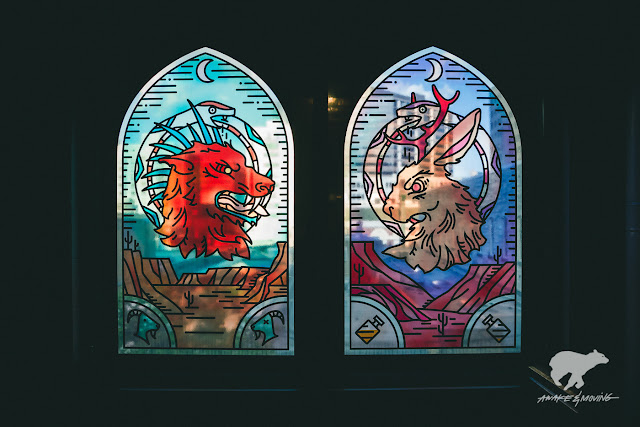 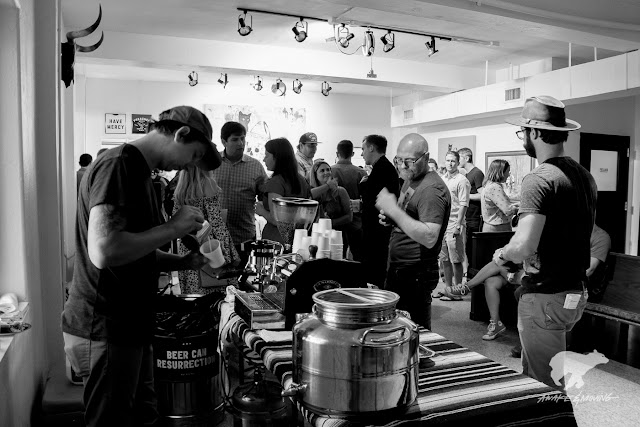 "A Plain View" is a deep look into the quieter spaces of Texas and every image feels like Texas 100%. I urge you all to see the show in person currently on display through August 12, 2017 located at Preacher Gallery located at 119 W. 8th St. in downtown Austin, TX. You can also purchase prints of Jason's show through Preacher's online shop. The online images simply cannot do justice for witnessing these up close, so be sure to visit the gallery or buy a print for your home so that you can experience the full effect.