The Dark Side of Detroit's Underground Returns to Austin. 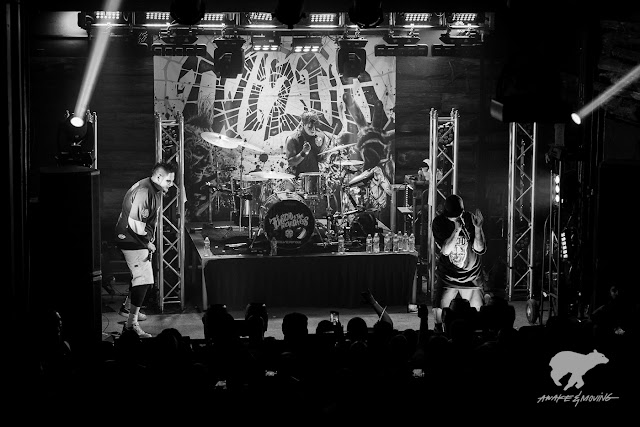 There's a dark side to Detroit's underground music scene that many steer clear from. In fact, there's an entire genre of rap music that many fear or distaste simply because they cannot relate to it (or choose not to, take your pick). Horrorcore aka the Wicked Shit, made famous by the likes of Esham, the Insane Clown Posse, King Gordy, Prozak, and many others, is a vein of rap music rife with blood, violence, self infliction, and the darker edges of the human psyche. So you can see why so few relate to it. But honestly, I think it is a part of the brain that is quite interesting to explore. A lot of horrorcore delves into the darker sides of the mind we like to ignore and pretend aren't there. Those who choose to embrace these ideas and explore these thoughts are often marked as outcasts and shunned from society. When more often than not, they are simply misunderstood or labeled improperly. Horrorcore often finds us in our youth, our days of angst and aggression. While some resort to fighting or full-contact sports, some take a different route all together and explore that aggression inwardly through music like this. 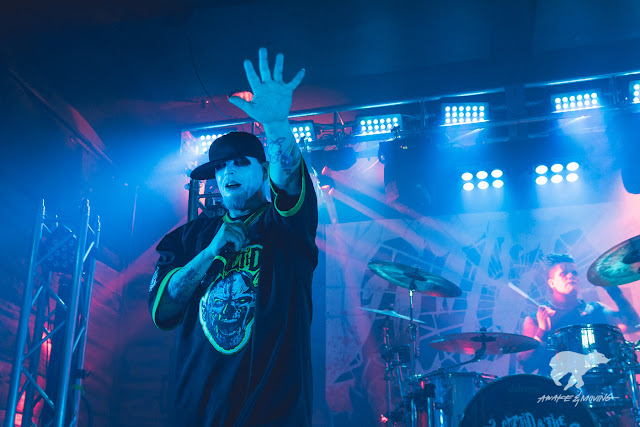 Twiztid is a rap duo from the East Side of Detroit who most know as the sidekicks to the infamous Insane Clown Posse. Twiztid's fans, much like ICP's, are labeled as Juggalos and if you are familiar with that term, I am sure it paints a rather vivid picture to you which may likely be inaccurate of what a Juggalo actually is. Yes, they are strange, weird, and off the wall. They have embraced all that other's hate about them and found others like themselves who are outcast and treated differently because of how they dress, the music they listen to, or their apathy in what others think of them. I feel this is where aggression is taken out on Juggalos not because of their differences or strange behavior necessarily, but because they've found a freedom so many of us are afraid to explore for fear of what others may think about us if we truly be ourselves. And they've found a huge click of others brave enough to embrace that same lifestyle that is totally against the grain of "normal". They've found family. 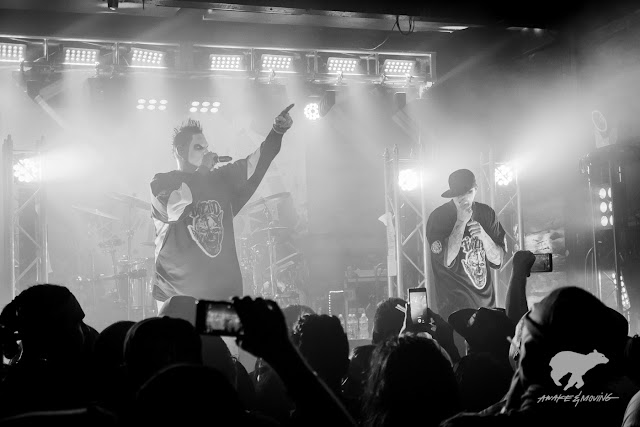 When I first discovered Twiztid, I was a huge ICP fan and rabid Juggalo. It was easy to embrace their sound at the time, wrestling with my own adolescent demons, searching for clarity in life. I attended countless concerts of theirs, often making the trip here to Austin since they rarely came to San Antonio (where I am originally from). I was enamored by the theatrics; the face paint, the silent performers dressed as famed serial killers Jason Voorhees and Michael Myers, the costumes, the blacklights and vivid colors. It was always more than just two guys exchanging sides of the stage, it was a full on theatrical performance. Twiztid definitely gave you your money's worth every single time, delivering a powerful and fun show every night. 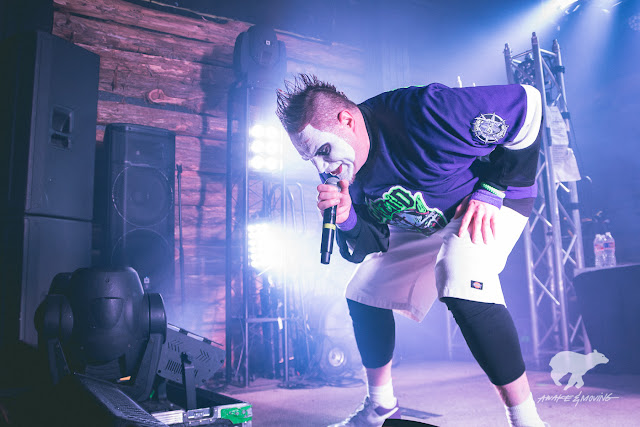 Over the following years, Twiztid became my preference over the clowns. There is a deep mental dissection in Twitid's music and lyrics that I found fascinating as I grew older and it was more natural to relate to than (IMO) the unchanging sound of ICP. There was a sense of growth, even if the subject matter stayed relatively the same. Eventually, Twiztid moved from the clowns' shadows and began experiencing much success on their own, headlining their own tours across the U.S., releasing powerhouse records over the years. Twiztid ultimately left the label they were formed on all together and created their own label, Majik Ninja Entertainment. 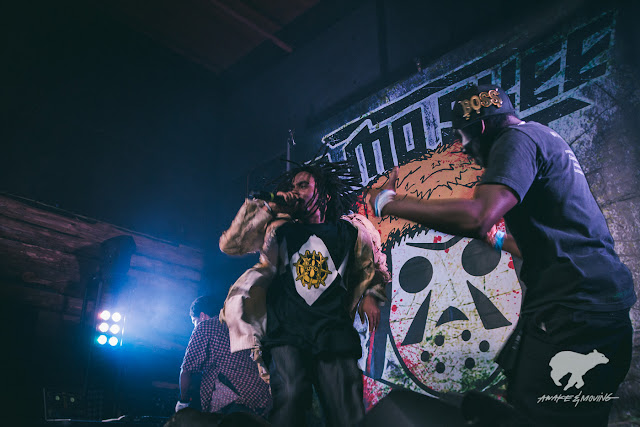 G-Mo Skee, one of the acts signed to Twiztid's label, MNE.

While I am nowhere near in touch with those darker sides I once was, having since worked out a lot of those murky emotions and angst, I still find myself looking for Twiztid's music from time to time. Especially when I'm having a "fuck-you-just-leave-me-alone-today" kind of day. For about a decade I photographed Twiztid, like so many other bands in my youth, from the crowd; mashed up against people twice my size and barely able to hold my camera steady. Today, I make a lot of concert photos from the pit area with plenty of room to make a great photograph. It was a rather surreal moment to make these images up close with room to breathe and compose properly. Although their music doesn't strike such a strong chord within me as it once did, for a few moments this night the 16-year old me was having a blast, singing along while snapping away. 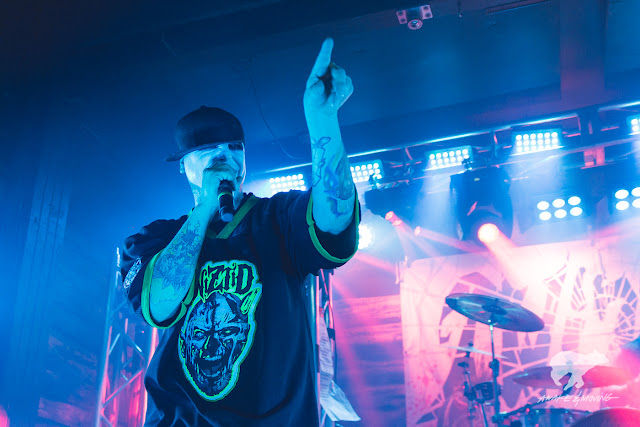 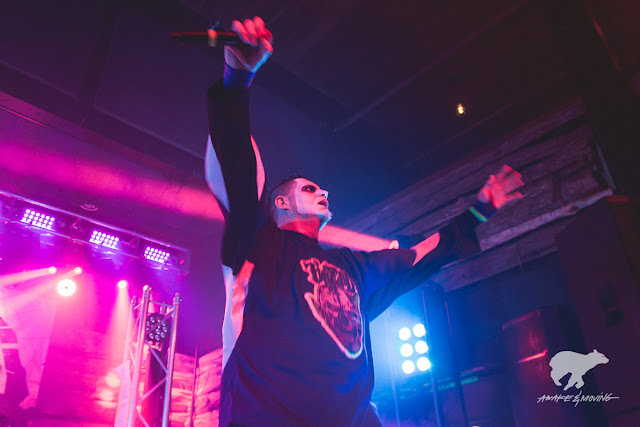 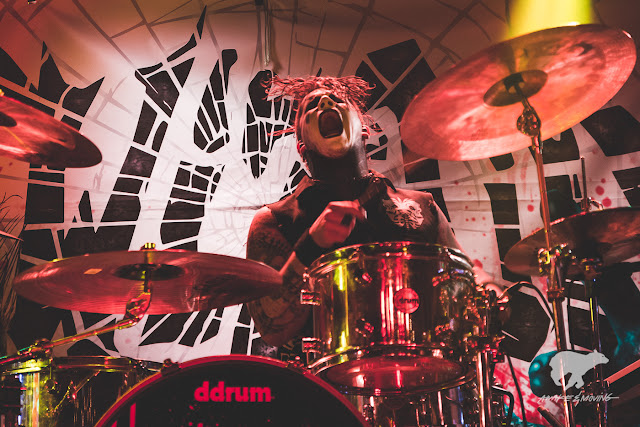 Twiztid have come miles along since rapping in the shadows of Detroit's underground kings, ICP. The shows may have gotten smaller, but the performances are just as strong. The duo now has supporting acts from their own MNE imprint and their show is now rounded out with a dope live drummer, Drayven Davidson. I spent the first part of this night next door at Emo's photographing Kehlani. It was super dope (and a little odd in some ways) to walk a few feet from her show, full of teens and tweens singing about love and sex, to this dark side of rap where the outcast crowd sang along to blood and guts. My life has some pretty bizarre moments lately and this night for sure was toward the top of strangeness this year. But I love that I get to explore so many facets of life. We may sing along to different music, wear different clothes, or smoke different things, but at the end of the day we are all human and I am happy I get to examine the different sides of the human psyche through shows like this. 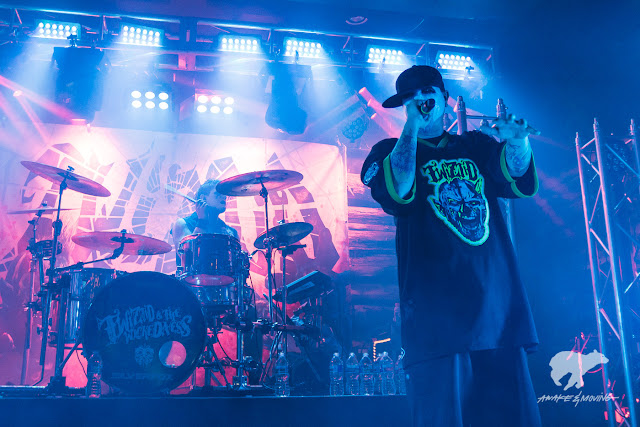 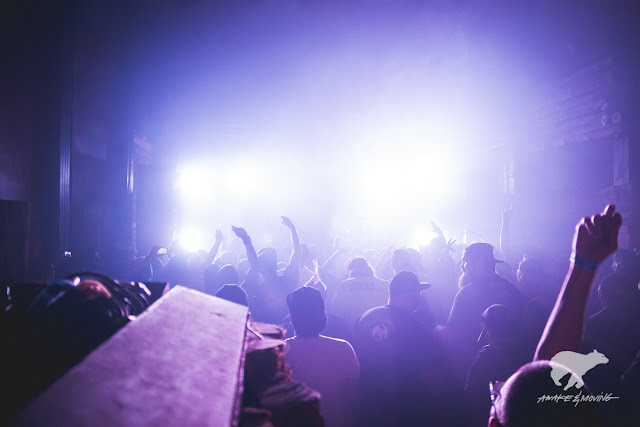 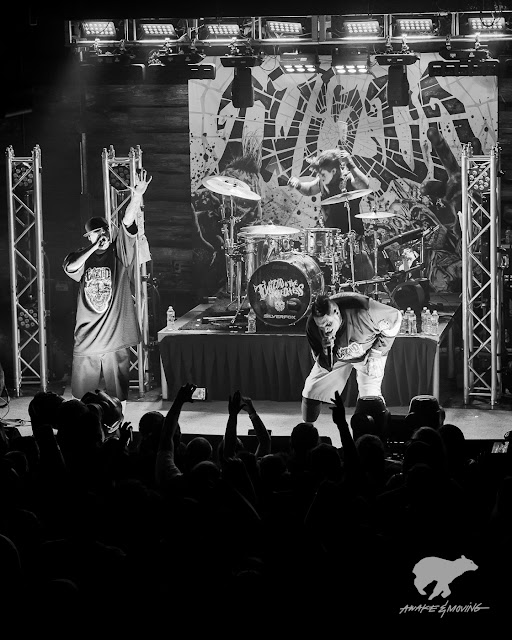 To all my fellow Juggalos worldwide, I hope you enjoy these images and I hope you stay true to who you are. I've found Juggalos to be some of the bravest people in life and some of the realest. I think everyone can benefit from taking the same IDGAF approach to their own life. Let's all live with a little less judgement and a lot more curiosity.

Catch Twiztid on their current tour, The Psychomania Tour.